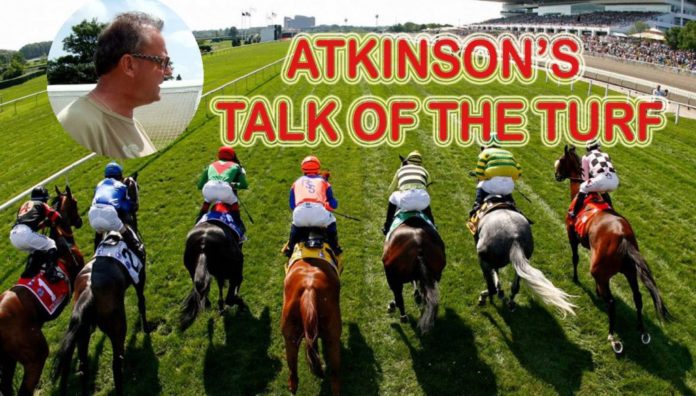 Andrew Atkinson’s talk of the turf will continue during the six weeks’ cancellation of racing in England – with the latest news, interviews, and Feature articles.

Andrew, author of ‘Racing into The Millennium’ of which the Foreword was penned by former trainer Jack Berry, MBE, will bring interviews to the table, along with a ‘Looking Back’ Feature each week.

“Likewise, with those initially affected with the coronavirus outbreak, is has now also hit the racing world,” said Andrew.

“First and foremost is the health and safety of the people throughout the world”, said Andrew.

Andrew will look back in-depth on his 40 years’ of reporting on the turf, to that of interviews, including the late Tommy Elder, the oldest living jockey to have ridden in the Aintree Grand National, up until his death in June 2007, aged 97.

“Tommy was of the ‘Old Brigade’ ilk. The best friend of Keith Piggott, father of legendary jockey Lester Piggott,” said Andrew who drove from Preston to Scarborough to visit Tommy in a nursing home, days before he passed away.

“Tommy was a real character in the racing world, who befriended the late Queen Mother,” said Andrew.

Andrew will be writing about the history of legendary horse Dr Syntax, who won his home City’s Preston Gold Cup, on seven consecutive occasions!

New information has come to light as to the burial place of Dr Syntax – along with a news update of where the Preston Gold Cup is today.

Preston, Lancashire born Andrew, cloth cap and all, will be running the rule over friend Trevor Hemmings’, 84, CVO, love of racing, as a breeder and owner of three Aintree Grand National winners. Plus much, much more.