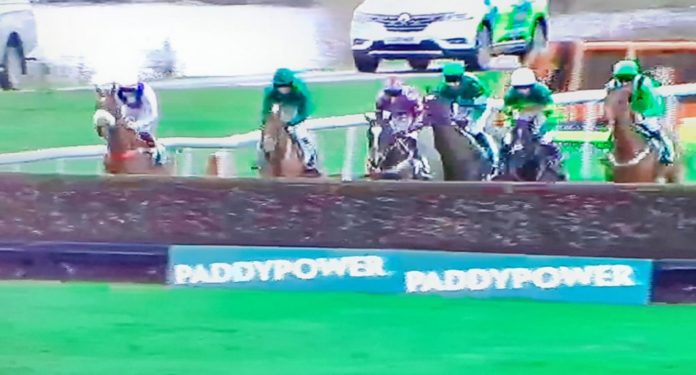 THE organisers of Cheltenham Festival have released a statement after the news that staff and racegoers have started to develop symptoms of Covid-19.

According to reports two housemates who worked at the four day festival have been struck down by symptoms – mirroring those of the coronavirus – and racegoers have also claimed they have become ill.

Despite developing symptoms while working at the festival, Andrew Maclean and Scott Saunders, claim they were told that they wouldn’t be tested and to self-isolate for two weeks after receiving medical advice, according to reports.

It is said they developed dry coughs on the second day of the festival, but both returned to work as neither suspected that they had contracted the virus and after being advised by the festival’s organisers, The Jockey Club.

Speaking to Mirror Online, Mr Maclean said: “The Jockey Club said that it could just be a common cold so not to worry, so we took their advice and came back in.”

It is reported they were told to take the third day off as a precaution and come back in on the final day, if they were feeling better, which they did.

But after beginning to feel worse, both self quarantined inside their home and have since suffered with fevers and shortness of breath.

Mr Maclean said: “I’m pretty certain we all have coronavirus in this house. I’ve never had anything like it before.”

Over 270,000 people attended the annual event over a four-day period this month.

A spokeswoman for The Jockey Club said: “The festival went ahead under Government guidance to do so, like other sports events at Twickenham, Murrayfield, 10 Premier League matches and the UEFA Champions League, all with full houses that same week.

“We promoted the latest public health advice and introduced a range of additional hygiene measures at the event including hundreds of hand sanitiser dispensers and extra washbasins, which worked well.”

Numerous racegoers have also claimed on Twitter that they have started showing symptoms of Covid-19 since the event finished on March 13.

“I’ve been in bed with a nasty fever, headache, mild cough and back pain for nearly four days now, I’m completely exhausted and have no urge to move or eat.

“I’ve been in self-isolation at home alone. I don’t know if this is the flu or Covid-19 as I can’t get tested,” read a Twitter post.

“I am ill, my Dad is, my Brother is and my two mates are. All have similar symptoms but to different degrees, and all were in the same pub on for Cheltenham,” said another Twitter post.

Views were aired to cancel the Cheltenham Festival (pictured) –  questioning why it went ahead. Ten people in Gloucestershire have tested positive for coronavirus.

In the wake of the coronavirus outbreak racing has been suspended for six weeks, until the end of April, with one casualty being the Aintree Grand National on April 4.