World heavyweight boxing champion Tyson Fury will not be losing his title – amid claims of an alleged drug-testing scam made by a farmer in my home city Preston.

WBC president Mauricio Sulaiman says he prefers to believe Fury, ahead of someone who has already admitted to lying in legal documents for financial gain.

“The person who has claimed he accepted money to lie should be the one on trial, in my personal opinion, especially when he has waited five years to tell his story,” said Sulaiman.

Reports allege the farmer was offered money – to provide an alibi for Fury’s failed drugs test in 2015.

Fury and his cousin Hughie tested positive for nandrolone in 2015, which they reportedly subsequently blamed on eating uncastrated wild boar meat, citing a farmer called Martin Carefoot who claimed to have provided them with the product.

Fury and Hughie received retrospective two-year bans and were able to resume their careers in December 2017.

It is reported Carefoot denied having provided the Fury team with the meat, saying he was offered £25,000 to make up the story in order to aid their case.

Carefoot, from Preston, Lancashire, reportedly said he was asked by a pal of one of Fury’s team in 2016 to lie about supplying the meat. 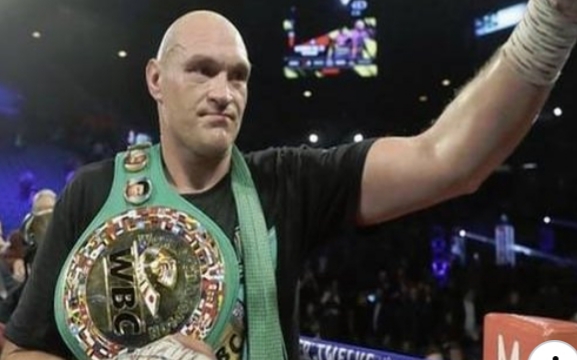 The farmer provided two signed statements – but claims he never received the pay-off. He reportedly said: “I have never kept wild boar. I just went along with it.”

Boxing promoter Frank Warren, who was not involved at the time, has reportedly said: “Tyson has never ever met this man – his story is total b******t.”

“Around this time Tyson was not involved with the WBC, he did not fight Klitschko for the WBC belt, it was for other titles, so this issue does not impact on him being our heavyweight world champion,” said Sulaiman.

The WBC belt was won by Fury against Deontay Wilder in Las Vegas in February.

Meanwhile Fury’s running in a half marathon at the weekend was thwarted, in the wake of the coronavirus outbreak.

In a post in Instagram Fury and a friend posed in Batman and Robin outfits. Fury wrote: “We was doing a half marathon today but got cancel for ovs reasons, but we gonna do a half marathon at home, Batman & robin.”