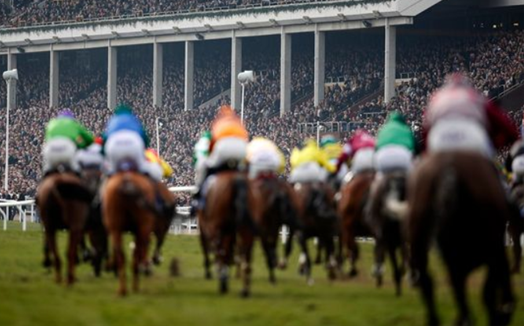 “It wasn’t the start to the Festival I wanted,” rued Johnson, stood down with a hip problem, after a fall on Brewin’upastorm on day 1 of the Festival in the Arkle Chase.

Johnson, who returned to the saddle last month, having suffered a broken arm at Exeter, having had his arm plated following a fall, spent part of his rehab in Barbados.

“Sunshine is supposed to speed recovery. I did plenty of swimming and loads of exercise while in Barbados,” said four-times champion NH jockey Johnson.

Johnson’s injury thwarted his bid to retain the jockey’s title, in a head-to- head with Brian Hughes.

“The main thing for me was to get back in the saddle – riding winners – before Cheltenham,” said Johnson.

Johnson, up on Thyme Hill, trained  by Philip Hobbs, is selected in the Albert Bartlett, having passed a medical on Wednesday to return to the saddle following his woes on day 1.

Ramses De Teillee (10-1) trained by David Pipe and The Cashel Man (25-1) trained by Nicky Henderson are worthy of each-way support in the Albert Bartlett.

Prior to the coronavirus outbreak leading up to the Cheltenham Festival, Britain was hit with a deluge of floods, that lead to the abandonment of meetings due to waterlogged courses.

“When we came back from Barbados we couldn’t get back on the farm – because of floodwater,” said Johnson.

The going is soft, good to soft in places on the final day of the Cheltenham Festival, where the JCB Triumph Hurdle G1 (1.30) over 2 miles gets racing underway.

Paul Nicholls trained Solo (11-4) is tipped to win, with each-way selection A Wave of The Sea (12-1) trained by Joseph O’Brien and ridden by in-form jockey Barry Geraghty.

How Relevant Is Consumerism In Today’s Society