‘The people voted for change:’ this is what you hear now every day from political commentators and people in pubs right across the country.

Most of you will be aware that we have just come out of an election in Ireland. Actually, we haven’t ‘come out of it’ yet – and may not do so for some time to come.

Ireland currently enjoys full employment, our economy is booming, (growth is twice that of Britain) Simon Coveney negotiated a post-Brexit deal, far more favourable than might have been expected, but only 1 per cent of the electorate took this into account … and  ‘the people voted for change!’

In the interests of balance, it has to be said that our health service – with people spending long periods on hospital trolleys is a scandal; as is the fact that young couples are finding it so difficult to afford a place to live.

Will the ‘vote for change’ actually change any of those problems? Worryingly, the vote for change is more likely to change what’s good about the country than solve the problems. I pray that this column is proved wrong on that prediction.

We are not alone in wanting change in Ireland: Britain voted for change too. There is a ‘mood for change’ right across Europe – not to mention the dramatic change in the politics of the United States of America – where lies and vulgarity is spewed out like an old town crier. Fake news and outrageous propaganda is the side-step towards dictatorship – and this scenario is not so far-fetched any more. 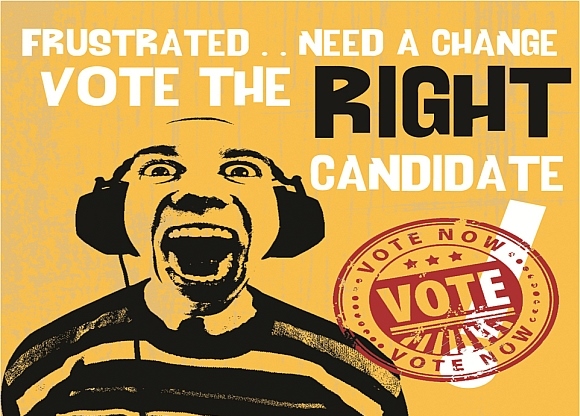 Change happens anyway but rarely the above sort of radical change. Voting for change is the easiest thing in the world, but how many voters took the time to project their choices into the future? Most latched onto one aspect of the change – such as immigration, and decided to throw out the baby with the bath-water.

In both the Irish and British elections, large blocks of voters cast their ballot out of a personal sense of grievance, or out of ‘revenge.’ ‘So what, if the thing goes belly-up, everybody will be in the mess together and we’ll start again.’ This will be scant satisfaction for the ‘told-you-sos.’

My late younger brother was the elected mayor of a small Canadian city. He holds the record for the longest serving mayor, having been elected for four consecutive four year terms. In three of those elections, Bill romped home with around 80 per cent of the vote. The last time he ran it was different and my brother just scraped in by around eighty votes.

I went to Canada to help in the canvass, (Ah Lads … that’s not nice!) and what I remember is that Billy had to defend every decision he had made over the previous twelve years, (the mayor runs the city) whilst his opponent ran his entire campaign with just three words: “TIME FOR CHANGE!” Get it?

As we stated already, change happens anyway, but normal change is subtle and gradual. Somebody once said something to the effect that every day is the same, but when we look back they were all different! Dramatic change is dangerous. Our old friend, ‘the law of unintentional consequence’ comes into play and will have a field day.

We are often told that history has a habit of repeating itself, but how many prominent people – or voters for that matter, keep an eye on this truism?

Between about 1910 and 1930, there sprung up a contagious restlessness which spread across Europe. The people, like now, voted for ‘change’ and by God they got it. For millions that change meant death. For most of the rest, ‘change’ was not the sort of change they envisaged and few nations remained unscarred.

Most of the current claims being made by those seeking a vote for change during these turbulent times are factually incorrect and often downright dishonest.

In fairness, lies are not quite as blatant from our politicians in Ireland as they are in some countries we value as friends. But making promises that are undeliverable is as big a lie as any. Our greatest apprehension in my country is when we see the ballot-box in one hand … and the other hand hidden inside the coat pocket!

Yes, dear reader, we shall all experience much change. There have been more changes in our lifetime that there had been from the beginning of time until then. We have to keep an eye on history and not get radical, or even restless.  When life and limb are safe and ‘the thing is going OK’, we should be content.

Finally, let’s hope that the ‘people who voted for change’, will not, through that vote, impose any life-altering change – other than the certainty that they will leave us with less change in our pockets!

Science is nothing but trained and organised common sense.

Irish Lotto Results, Plus 1 and Plus 2, Lottery Winning Raffle Numbers for Saturday, 15 May, 2021