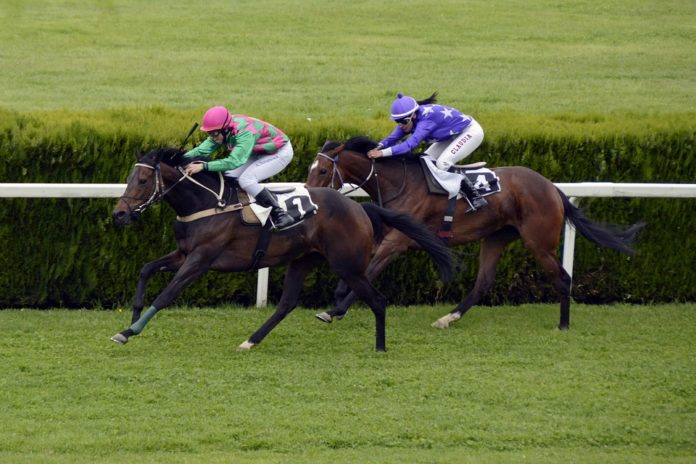 By Andrew Atkinson Trainer and music lover Tom Symonds, who listens to Led Zeppelin, Muse, Arcade Fire and The Killers, was on song after saddling aptly named tip Song For Someone to victory at Kempton Park on February 20. “It’s a huge success for us,” said Symonds, who took out a trainer’s licence in 2011, after being assistant to Nicky Henderson for five years. Song For Someone beat Diego du Charmil in a thrilling driving finish under jockey Aiden Coleman, staying on in the run in, to get up on the line. Song For Someone’s success in the Kingwell Hurdle at Kempton Park was Symonds first Grade victory. Song For Someone (11-8) reeled in Diego Du Charmil at the line, gaining a half length win. Ch’Tibello was a neck, third. Symonds was successful in saddling Tweedledrum at Doncaster in 2013 in a Listed Mares’ Novice Hurdle race. “I had an inkling he would improve and to win a Grade 2 is huge,” said Symonds, based at Dason Court in Ross-on-Wye. *Palmer’s Hill, 11-2, tipped each-way, finished second, beaten a neck by Nicky Henderson trained 7-2 favourite Downtown Getaway, in the 17 runners’ BetWay Handicap Hurdle over 2m 5f. Palmer’s Hill, trained by Jonjo O’Neill and ridden by Jonjo O’Neill jnr, backed from 6-1, held up mid-division, went second and challenged two out, ridden to lead in the run-in, and headed in the final 100 yards, to be thwarted of victory. The post Tom on song appeared first on Horse Racing News and Tips.