21 FEBRUARY 2020 – The British Embassy in Madrid – through its Department for International Trade (DIT) -, the British Chamber of Commerce in Spain and Banco Santander held yesterday the first UK-Spain Business Awards at the Palacio de La Bolsa, in Madrid.

The UK-Spain Business Awards recognise companies that have helped to build the strong commercial relationship between the two countries through their day-to-day business.

There were fifteen awards in eight different categories: six were granted by the Embassy (Growth in the UK, Driving Collaboration, Winning Business in Spain, Partnership in Business, New UK investor and Clean Growth); one by the British Chamber of Commerce in Spain (British Investment in Spain); and another one by Banco Santander (Spanish Investment in the UK).

The UK’s Trade Commissioner for Europe, Andrew Mitchell, hosted these new awards, created with the aim of rewarding companies working to strengthen trade relations between Spain and the United Kingdom.

The British Ambassador to Spain, Hugh Elliott, opened the ceremony, emphasising, “I am delighted to celebrate the first edition of these awards, which are a sign of the strong commercial relationship of the hundreds of British and Spanish companies that together have helped the economies of our two countries to grow.

Today, we reward fifteen of these companies that make us proud of this UK-Spain trade relationship, which we hope continues to grow.”

The Spanish Industry, Trade and Tourism Minister, Xiana Méndez, attended the ceremony and presented the ‘Winning Business in Spain’ awards. During her speech, Xiana Méndez highlighted the strong economic and commercial ties that characterise the relationship between Spain and the United Kingdom and the desire that “they endure post-Brexit.

A broad and deep free trade agreement between the EU and the UK, the negotiations of which will begin shortly, will be instrumental to this.” 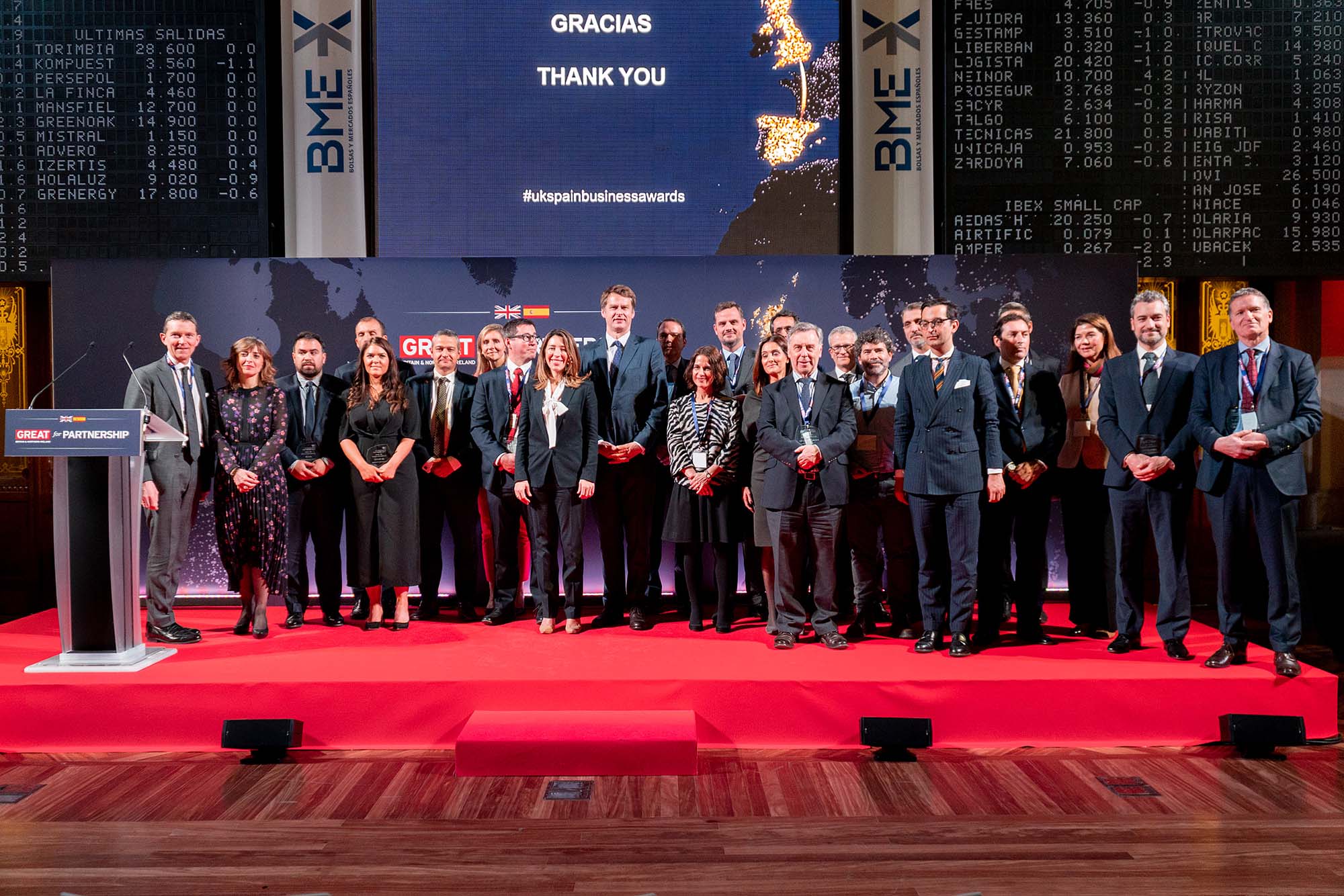 The United Kingdom and Spain have had an extensive business relationship for decades. According to data published by the UK’s Office for National Statistics, trade in goods and services between the two countries was 60 billion euros in 2018, and has continued to grow in recent years.

In the same year, the trade balance was favourable for Spain: the United Kingdom’s exports to Spain reached 22 billion euros, while imports from Spain were 38 billion euros.

About the Department for International Trade (DIT)

The UK Ministry of International Trade (DIT) is responsible for promoting the British trade sector worldwide and attracting foreign investment to the British economy. It is a specialist government agency and undertakes the responsibility of negotiating trade policies, supporting businesses, as well as promoting a diplomatic and commercial strategy abroad.

About the British Chamber of Commerce

Founded in Barcelona in 1908, the British Chamber of Commerce is the only independent British-Hispanic business organisation in Spain. Its objective is to independently foster and create trade and investment relations between both countries, with a key role in supporting newly arrived companies.

The Chamber, represented through British Chambers in the United Kingdom, has an exclusive database that includes over 800 associate companies and institutions. With offices in Barcelona, Madrid and Málaga, it also supports and is supported by some of the most important trade and business institutions, such as ICEX in Spain or DIT in the United Kingdom.

Banco Santander (SAN SM, STD US, BNC LN) is a leading retail and commercial bank, founded in 1857 and headquartered in Spain. It has a meaningful presence in 10 core markets in Europe and the Americas, and is one of the largest banks in the world by market capitalization.

Its purpose is to help people and businesses prosper in a simple, personal and fair way. Santander is building a more responsible bank and has made a number of commitments to support this objective, including raising over €120 billion in green financing between 2019 and 2025, as well as financially empowering more than 10 million people over the same period.