More than fifty volunteers accompanied councillors in Playa Flamenca last week where they gathered to pick up plastics and light packaging from the beach on the first day of a campaign launched by the Department of the Environment to improve the local environment.

The concentration was arranged in the wake of Storm Gloria which had dumped large quantities of plastic onto local beaches. 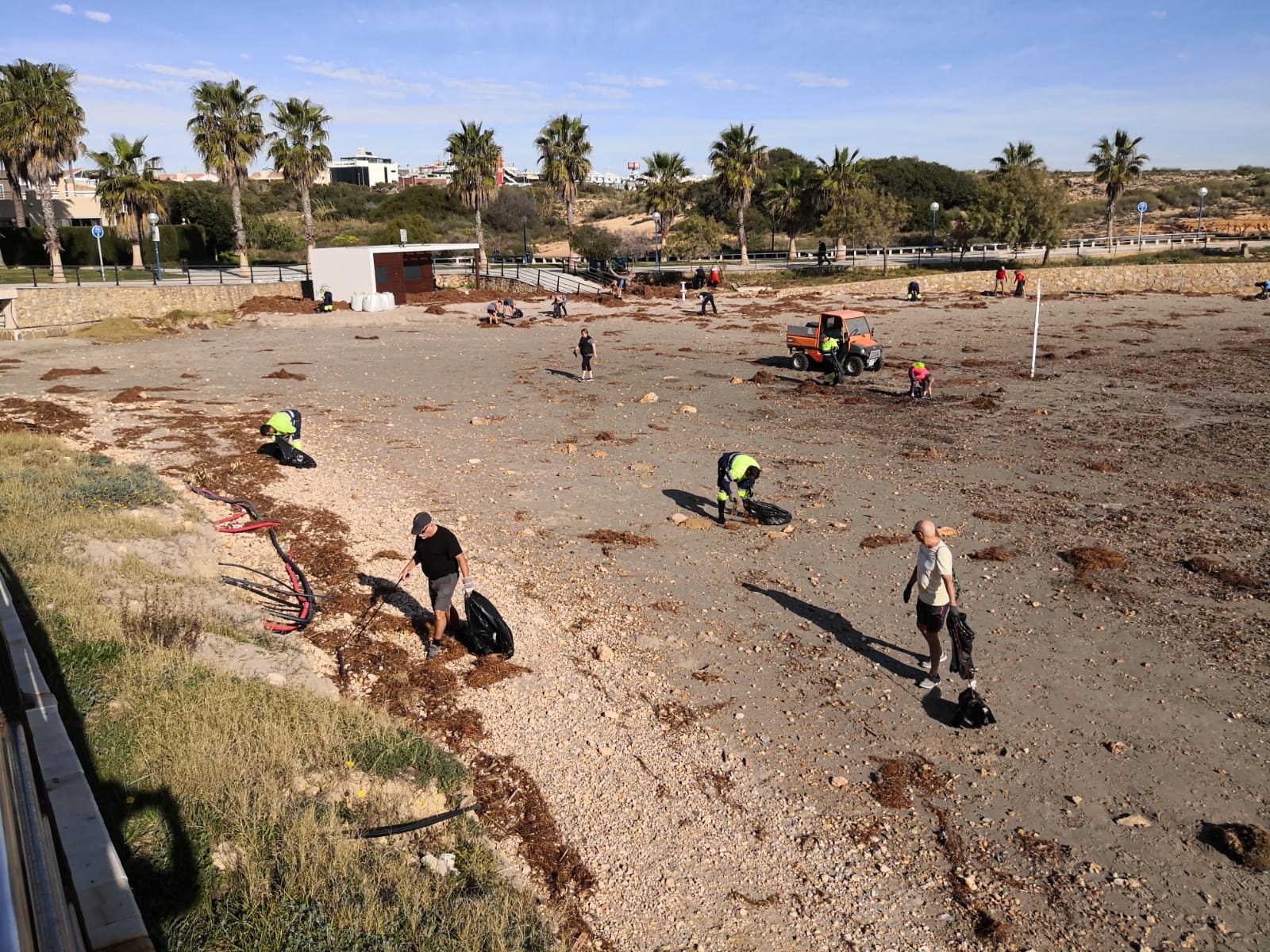 Cllr Dámaso Aparicio said that “before mechanically cleaning the beach, it was necessary to remove as much plastic as possible that had been thrown up from the sea after the last storm”.

He said that he was delighted by “the significant number of people who attended the activity, which demonstrates the commitment of local residents to the care of the environment.”

All of the plastic collected was transferred to a treatment plant for recycling.

The next event will take place on Tuesday, 18 February at Playa de La Glea, Campoamor. Those who wish to volunteer should turn up from 10:30 am, where they will be given gloves and bags for the collection of the plastic waste.