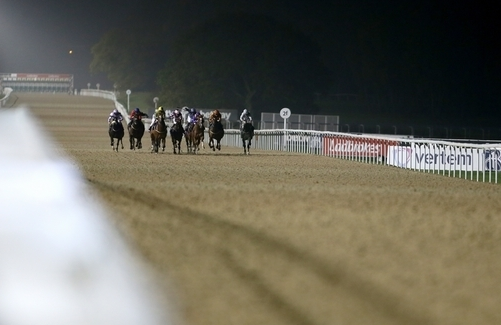 Philip Kirby saddled headline tip Ice Pyramid to victory on the All-Weather at Newcastle on Saturday night – where conditions at times were similar to a storm gale – at sea!

Ice Pyramid, who beat Groveman by 5 lengths, formerly with Godolphin, trained by S. bin Suroor, was Curtis’s 82nd winner on the All-weather: “The strong winds and rain, when coming, hit you hard,” said Curtis.

“It was another exciting win for Ice Pyramid; owners Bill Fraser and Adrian Pritchard – and our team – on the wildest and wettest of days,” said Kirby.