Heather Knight and Danni Wyatt led the way as England bounced back from not making the final of a preceding tri-series, beating New Zealand in their first warm-up fixture in Adelaide.

Sophie Ecclestone of England celebrates the wicket of Hayley Jensen of New Zealand with Heather Knight captain of England during the ICC Women’s T20 Cricket World Cup Warm Up match between England and New Zealand at Karen Rolton Oval on February 16, 2020.

The two batters both made 40s to steer England to a six-wicket win, after their bowling unit made the ideal start to ICC Women’s T20 World Cup 2020 preparation by restricting the White Ferns to 134 for nine.

Meanwhile, dismissing Lizelle Lee from the second ball was some way for Sri Lanka to begin their warm-up opener with South Africa, but they couldn’t convert the perfect start into victory.

Sune Luus’s four for 20 proved decisive for the Proteas in securing the 41-run win, also at the Karen Rolton Oval.

Both of the scheduled fixtures in Brisbane were abandoned due to waterlogged conditions at the Allan Border Field.

Sophie Devine has been in inspired form of late but England weren’t to be intimidated by the White Ferns captain, with Katherine Brunt’s early breakthrough setting the tone in Adelaide.

From there the wickets just kept on coming for Lisa Keightley’s side as New Zealand’s top order quickly collapsed.

New Zealand kept fighting and edged their way towards three figures through the ever-reliable Suzie Bates (33), but when she was dismissed by Sarah Glenn, it was left to Katey Martin to steer the ship.

Her 57 from 44 helped New Zealand set a defendable 134 for nine, with Brunt finishing with three for 23 while Sophie Ecclestone picked up two in the final over of the innings.

England, who could not make the tri-series final in Australia earlier this month that also featured India, started the chase in promising fashion with 40 coming from the first five overs.

But from there New Zealand’s bowlers came into their own with Lea Tahuhu taking two wickets in three balls to remove opener Jones and Brunt, batting at three.

Wyatt struck a 32-ball 42 before falling in the tenth over while Fran Wilson helped guide England to 111 for three until she was removed by seamer Jess Kerr.

But England had little reason to panic with Knight at four, the captain continuing her fine form with an unbeaten 45 off 36 balls to secure the six-wicket victory.

England’s Wyatt said: “New Zealand are a quality side so it was nice to be under pressure and great for myself to spend time out in the middle against them.

“I feel good after this match, which will benefit me ahead of the first match against South Africa at the WACA next Sunday.”

South Africa claimed their first warm-up win – a feat they failed to achieve in the run-up to the Women’s T20 World Cup 2018 – but Sri Lanka didn’t let it come easy.

Sri Lanka got off to a flying start, Udeshika Prabodani setting the tone from the offset by bowling Lee for a duck before taking the big scalp of Dane van Niekerk, who also failed to score.

Kapp was then dismissed by Chamari Atapattu in her first over before the Sri Lanka captain delivered again to bowl Luus for seven with just three overs remaining.

Laura Wolvaardt (38 not out) and Chloe Tyron (23 not out) stitched together a 44-run partnership to finish the innings on 146 for five.

Sri Lanka pushed on with the bat with Hasini Madushika scoring 22 but a flurry of wickets quickly derailed their chase. 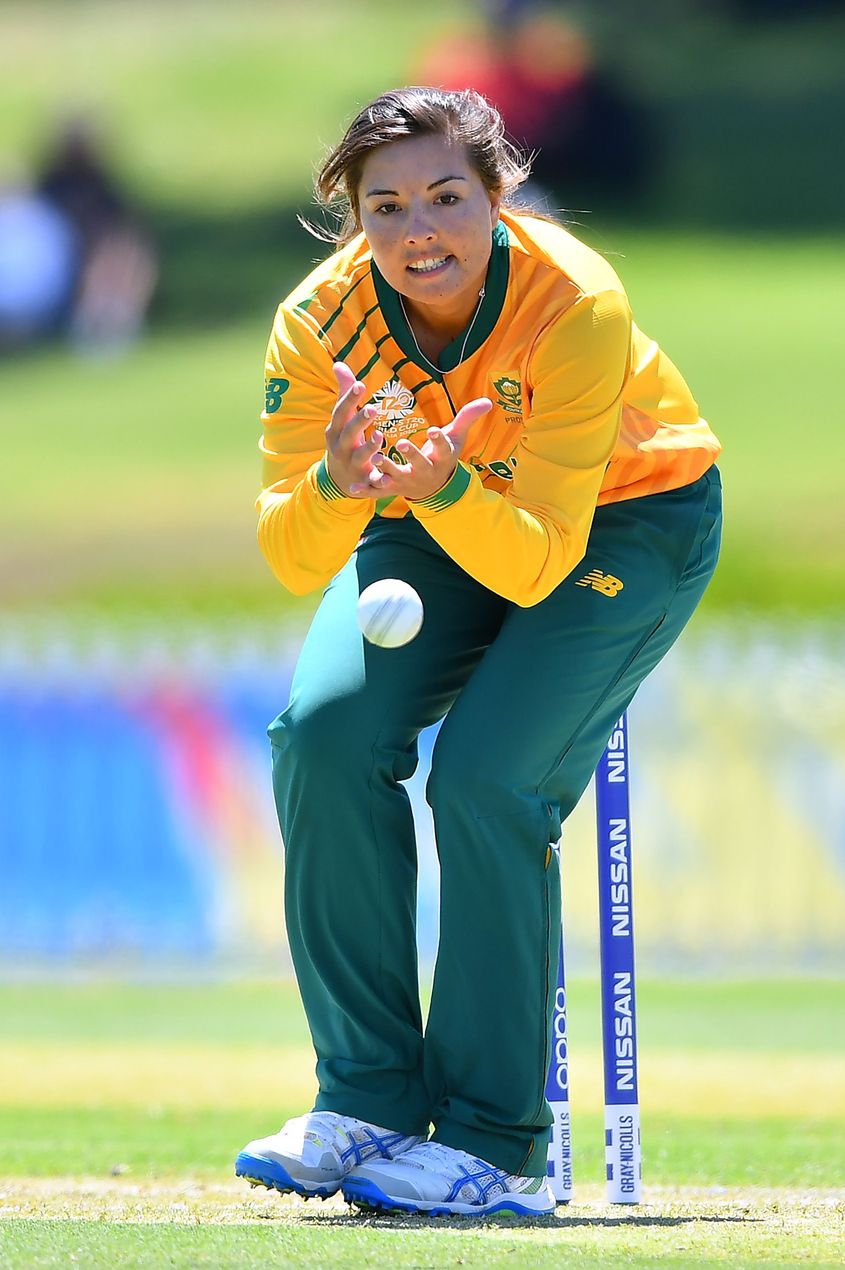 Luus struck twice in her first over before finishing with the match’s best-bowling figures of four for 20 while Nonkululeko Mlaba, Ayabonga Khaka and Van Niekerk took one apiece in the 41-run victory.

Sri Lanka’s Achini Kulasuriya was injured fielding and was taken to hospital as a precaution but has since been discharged and taken back to the team hotel.

Luus said: “I’m very happy with my performance. If it’s your day with the ball, it’s your day and I’m just happy it came off. All the bowlers contributed and we’re happy with how the game went.

“We had a rocky start with the bat but I think our middle order brought it back nicely.

“Before the last T20 World Cup, we lost all our warm-up games so everyone went into this game pretty nervous, but we’re pretty happy with how it went.”

No play in Brisbane

A week of heavy rain prevented any play being possible in Brisbane on Sunday, with Bangladesh’s contest with Thailand and India’s clash with Pakistan being abandoned.

The outfield at Allan Border Field was deemed unfit for play with the decision made on the first game at 11h45 local time and the second at 14h15.

Heavy rain hit Queensland in the build-up and areas of concern in the outfield meant the matches went the same way as Australia and West Indies’ scheduled meeting on Saturday.

India will try again when they go up against the West Indies in Brisbane on 18 February, while Bangladesh and Pakistan face off on 20 February in the final warm-up match before the tournament begins.

Debutants Thailand now head to Adelaide to face New Zealand in a warm-up match on 19 February.