Home Charity The RBL is all heart on the Orihuela Costa

La Piazza II in Punta Prima was the venue for almost 70 members and guests of the Orihuela Costa Branch of the RBL on Friday afternoon, where love and, most importantly, friendship was in the air on a very enjoyable St Valentine’s Day held in the Spanish sun.

And the day was not only celebrated by couples, but a smattering of single folks also joined in with the members, and a large number of invited guests, to enjoy the camaraderie and the fun.

The meal and the service were both first class and La Piazza is certainly a restaurant to be recommended, both for the value and for the quality of the food that it prepares.

Our thanks to Mary and Malcolm Rusbridge for their efforts in making the arrangements for such a wonderful day.

The history of St. Valentine continues to be shrouded in mystery. It’s often maintained he was a Roman Catholic priest who married people illegally in Rome in the third century. He performed secret marriages but he was eventually caught and put in prison, where he became friends with his jailer’s daughter who was blind. He supposedly cured her blindness, inspiring the family to become Christian. 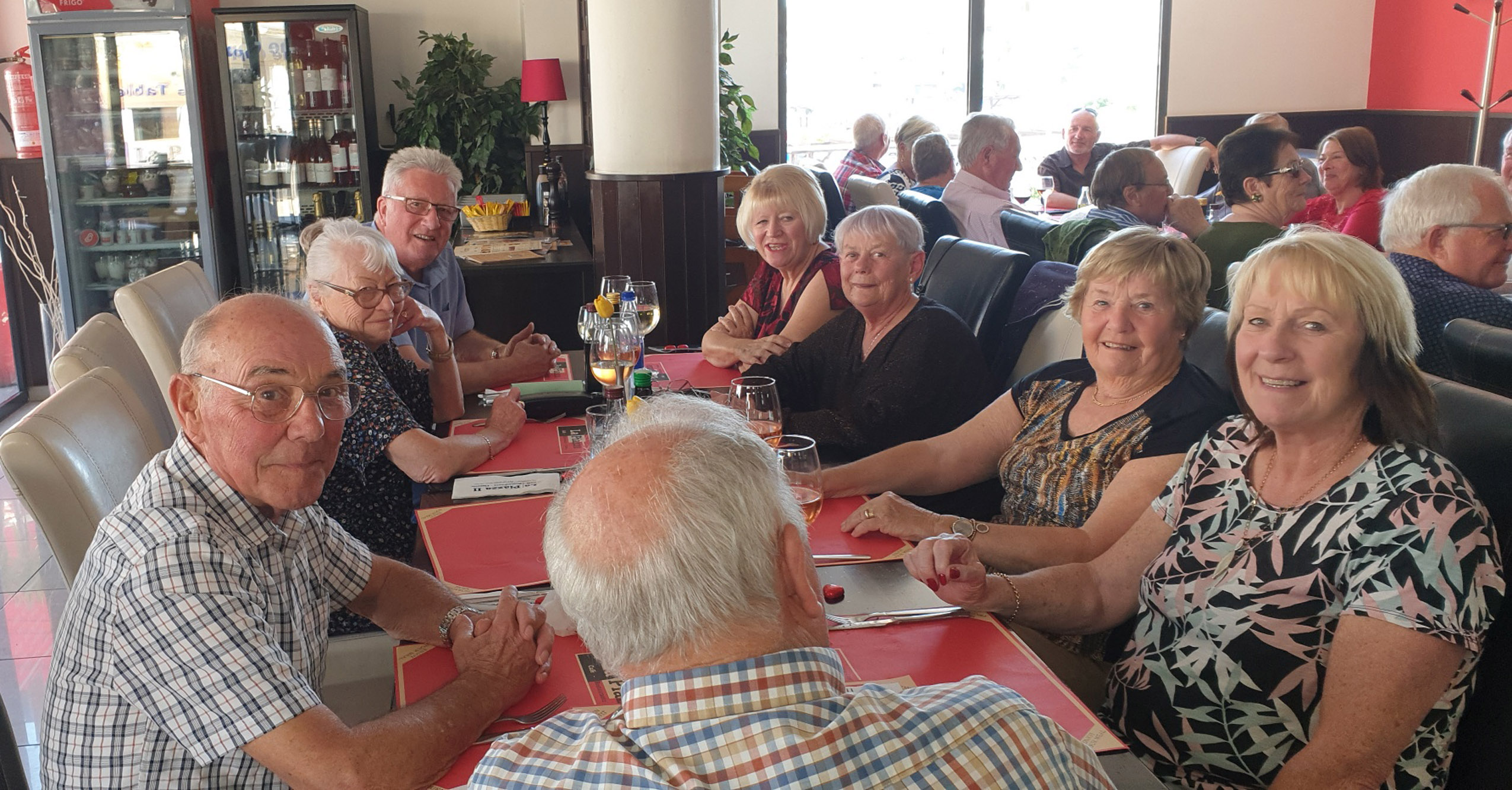 Valentine was later put to death, but before he died he wrote a letter to the girl he had helped heal, signing it “from your Valentine.”

So a day that is cloaked in love and romance but one, unfortunately, that didn’t end too well for the man himself, although a day that celebrates love and chocolate can’t be all that bad.