Having already beaten Orihuela in their own back yard, Thader must be kicking themselves for not recording a well deserved double.  For long periods they completely dominated this preferente division match, but alas as has happened so often this season, they could not convert their chances.

Manager Jose Ruiz must unearth a proven goalscorer if his team are to avoid the drop, for they won’t have too many easier opportunities to grab a much needed win.  Their work rate cannot be questioned, nor can the ability to provide goal scoring opportunities, the problem is that no one seems to possess a killer instinct required to put the ball in the net.

Club captain Lloyd sat out the match, as did veteran striker Rafa Gomez, although the latter is back in training.  New signing full back Alvero made his debut for Thader, hopefully not the last signing of the season.  Due to a duathalon taking place on Sunday, this match was brought forward to Saturday tea time.

A decent effort on the half volley by Ezequiel on 7 mins, wasn’t far off opening the scoring for the visitors.  An even better opportunity fell to Thader on 15 mins.  Calderon’s corner fell nicely to Nino at the far post, but with the goal at his mercy, the tall striker somehow contrived to head the ball wide. 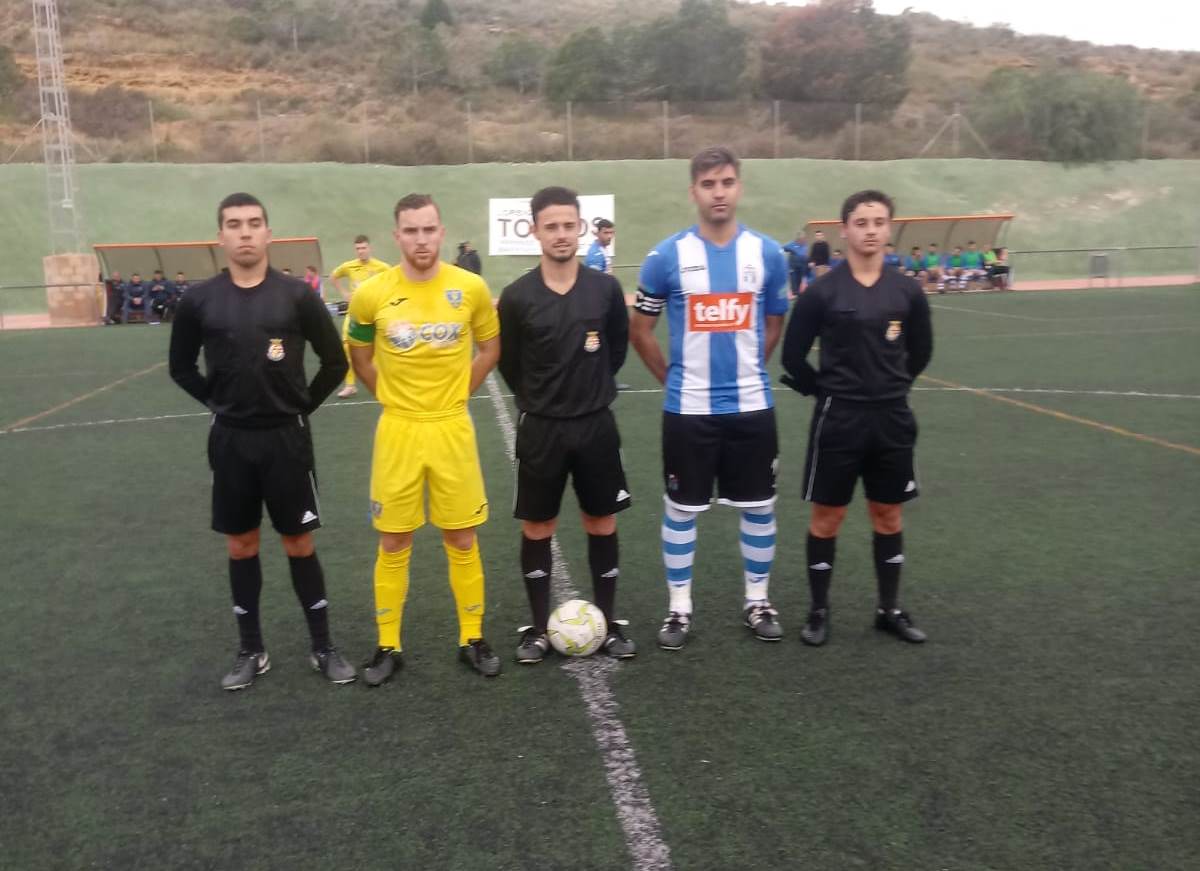 Twice within as many minutes midway through the first half, Thader lacked composure in front of goal.  On both occasions, Calderon got himself into a good position with just the keeper to beat, only for him to then wastefully blast the ball skywards.  Eventually, Orihuela got themselves back into the match, and can possibly have a case for a penalty that was not awarded.

Following an appeal for handball, the ball broke to the visitors front man Thales, who appeared to be unfairly challenged.

Within minutes of the 2nd half, Orihuela made an enforced change of keeper.  Vicente agonizingly fail to get a touch on a cross to the far post, as Thader continued their attacking policy.  Next it was Victor who provided a cross from the left to the far post, only for Juan to head straight at the keeper.

It wasn’t all one way traffic, for on 79 mins, a screaming effort by Enrique just missed the target.  Full back Vicente struck a beauty on the half volley from the edge of the box on 82 mins, requiring a smart save from the replacement visiting keeper.  On as a Thader sub, Cris should have done better when through on goal, but with just the keeper to beat, he shot into the side netting.

With seconds remaining, Rafa’s scorching drive was acrobatically tipped behind, then from the corner, Honrubia headed into the net (the wrong side unfortunately!)

So, this first draw of the season ensured that Thader stay outside the relegation zone.  A more clinical performance at top of the table CFI Alicante next weekend is required, for the opposition proved their quality when they won at Rojales back in September, and will now be looking to complete a double over them.