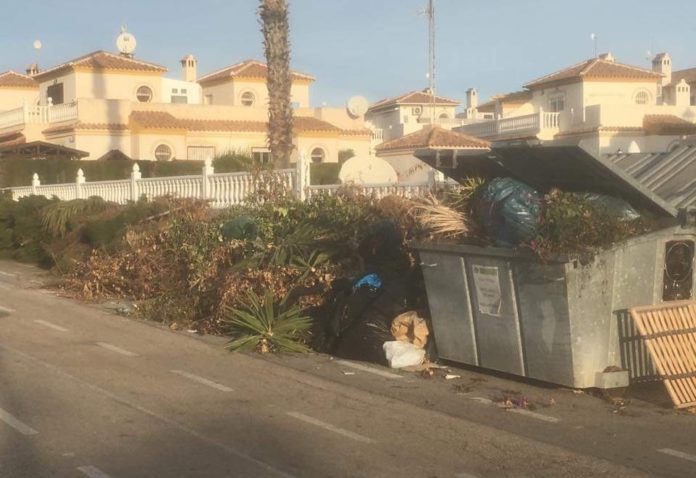 One of the few council services that the residents of Orihuela Costa receive is the daily collection of rubbish. However, nowhere is there more controversy and dissatisfaction than in garbage and garden waste collection services, in what can only be described as a second class service.

If you were to drive around any of the  communities here on the  coast  on any day of the week you will find large mounds of discarded rubbish by the bins  sometimes not even by them, these mounds can be so big they can block the pavements and a portion of the road ,more often than not  this is the fault of the local residents but sometimes can be somebody from outside  dumping their waste., this can become a hazard to the  unfortunate  resident who’s home is next to it, the rubbish also contains Garden and green waste. 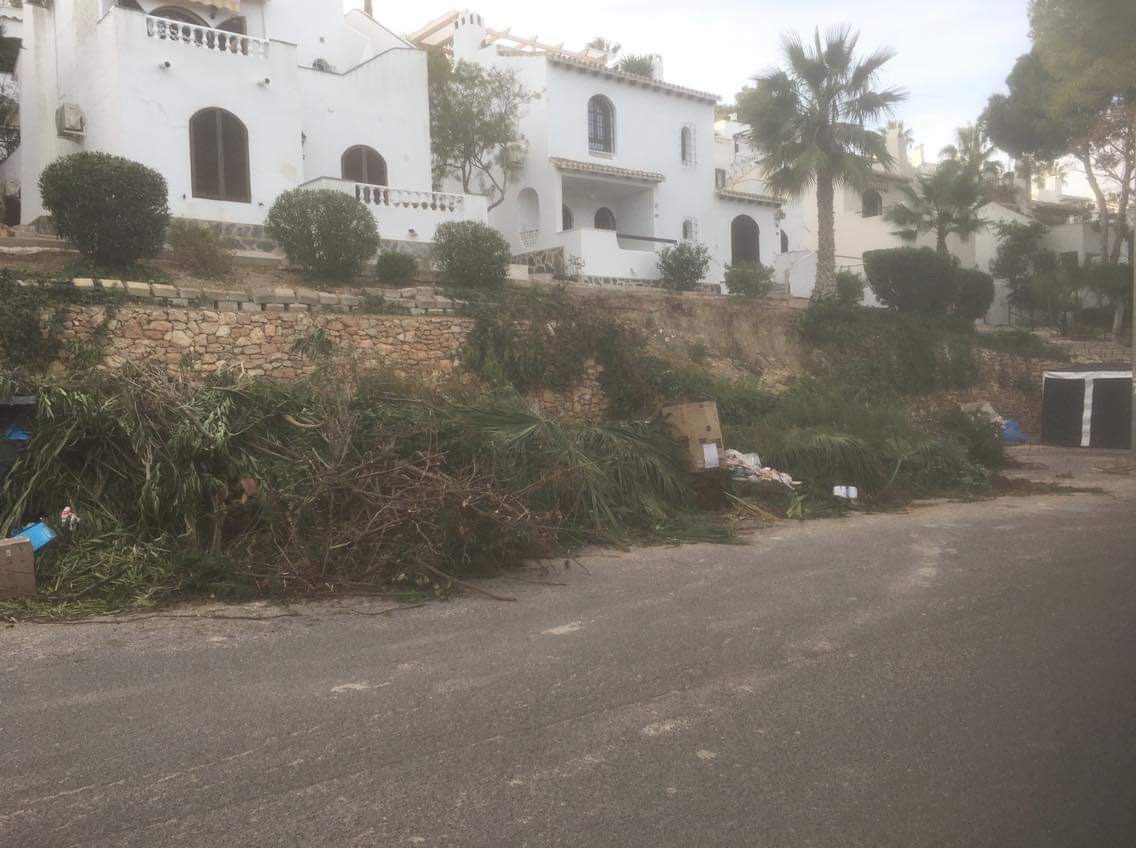 The fault for these unsightly, street rubbish tips lies firmly with the Orihuela Council and their sub agents the rubbish collectors.  There is no central waste disposal centre where bulky items or garden waste can be taken, facilities that are common in most UK towns and cities.

There are few containers for disposing of garden waste; the few areas that are lucky enough to have a garden waste container located nearby will usually find that it is rarely emptied and huge piles of garden waste flood across roads and pavements. As this gigantic compost heap ferments in the heat of a Spanish day the smell of decay, plagues of flies and cockroaches invade local homes.

However, the roles played by the local householders has also to acknowledged as part of the problem. They are just happy to dump their waste and have no consideration for their fellow residents, as long as it not in front of their own front door. Once garden waste has been discarded by the side of the rubbish bins it seems that it becomes open season and everyone starts adding their own contribution to the ever growing pile.

Worst is when residents ignore the garbage bins entirely and start adding all type of bagged household rubbish onto the growing mounds. Once these have been torn and ransacked by local wildlife the smell becomes intolerable. Many people have complained that they have seen mice and rats in these disgusting rubbish tips which clearly constitute health hazards.

If you were to drive around Orihuela itself you would never see the same degree of rubbish piled by the side of the standard garbage containers, and any pile that does accrue isn’t left uncollected for weeks at a time.

We need to ask ourselves why Orihuela Costa doesn’t receive the same standard of rubbish disposal at the city. All residents pay for an equal rubbish collection service. Is this another case where the coast is blatantly discriminated against treated like a second class citizen?

If Orihuela Costa had more councillors then their collective voice couldn’t be  ignored any longer, All Orihuela Costa residents need is to vote to ensure that the ever increasing  population receives the services equal to Orihuela City and the only way to achieve that is by standing together and unite at the next elections and have councillors representing the Coast.

INDEPENDENCE IS THE ONLY WAY FORWARD FOR THE COAST