On 17 January 2020, Las Salinas Lodge No.79 held an early Burns Night Supper to celebrate the birthday of the well known Scottish poet, Rabbie Burns’ who was born on 25 January 1759.

The evening was very well organised by WBro. Clifford Gingell. The celebration was held at the Quesada Bowls Club and more than eighty Masons, their lassies and invited friends of the Lodge attended.

The Immortal Memory was presented by WBro. Frank Wallace. 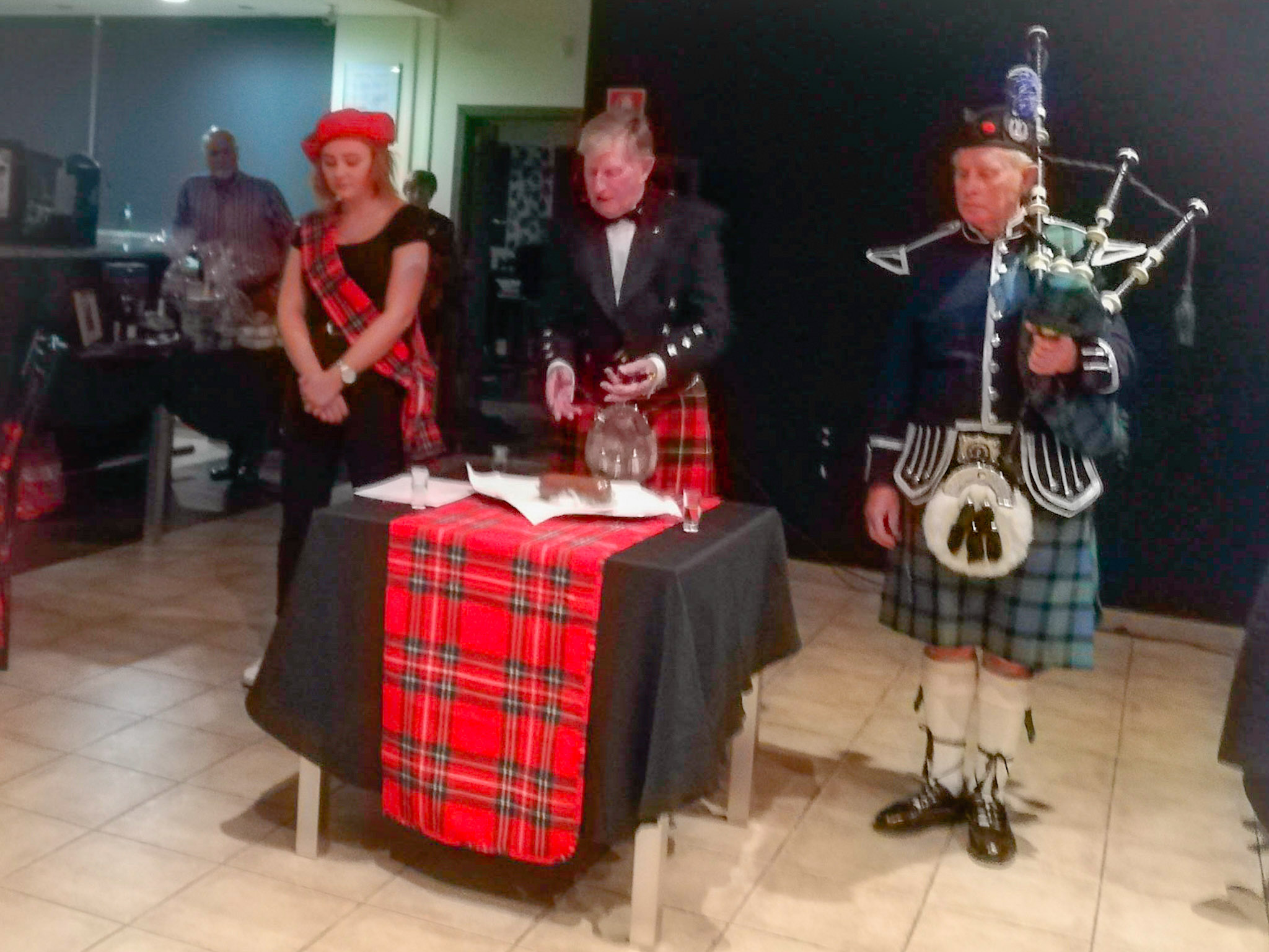 The address to the Lassies was given by WBro John Chandler and a reply was given by the wife of Brother Frank, Mrs. Maggie Wallace.

A charity raffle was held which raised just over four hundred euros which will be donated to a Masonic charity at a later date.

Music and dancing then continued until well after midnight.midnight. The night was enjoyed by everyone.

If you should have an interest in Freemasonry, please contact me on the following email.