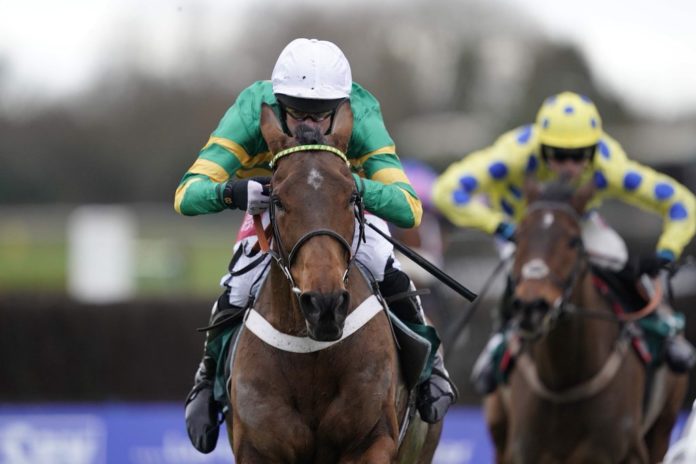 With the going good to soft, soft in places, 11 year old Monbeg River, trained in Cumbria by Martin Todhunter, is worthy of an each-way punt at 16-1.

Receiving a stone and four pounds from Nicky Henderson trained Ok Corral, can Monbeg River turn back the clock, having made his chasing bow in 2015, to bag the winner’s purse of £56,000?

Monbeg River, who ran sixth of seven at Aintree on soft ground over 3m in October 2019, was fifth of 13 in a Class 1 at Ayr last year, and ran second at Doncaster in a C1 over Saturday’s distance.

Ok Corral finished ninth of 10 at Cheltenham on new year’s day having been hampered and made no impression thereafter under Barry Geraghty.

A winner at Warwick over 3m last year, Ok Corral’s CV, scribes finishing second in the Albert Bartlett at Cheltenham in 2018 in a 20 runners field over 2m 7f, with a trio of wins at Kempton.

Dingo Dollar, Azzerti (trained by Henderson) and Burbank are leading the betting at 11-2, 6-1 and 7-1, respectively.