Chaos continued across Spain as Storm Gloria abated for a second day overnight on Monday and into Tuesday.

Thousands of airline passengers were caught up in the storms following flight cancellations, delays and diversions, in the wake of Alicante-Elche airport being closed, that affected travelling across Europe.

“It has been chaotic,” John Atkinson, who arrived in Santiago de la Ribera on Monday, told The Leader.

“Our flight, scheduled for Alicante-Elche airport, was diverted to Corvera,” said John.

“Then we boarded a coach to Alicante. Our flight destination “added John, who then drove back to Santiago de la Ribera in San Javier, Murcia.

And the problems continued upon arrival in Santiago de la Ribera – where roads were flooded due to the heavy storms’ rainfall.

“The road outside our property is flooded – again,” said John, who, along with his wife Susan, were caught up in the Gota Fria storms flooding in September.

“There is no damage as we can see – but we can’t go out – it’s flooded all-round the Santiago de la Ribera areas again,” said John, who had his car damaged under metres of water in the DANA four months ago.

Alicante-Elche airport reopened at 5am on Tuesday as reported in The Leader in the aftermath of chaos, as stormy weather grounded flights.

Flights to London, Newcastle, Leeds, Liverpool, Manchester and other UK destinations were cancelled or diverted to alternative airports.

Torrevieja roads are flooded. And road closures in the Costa Calida Murcia regions, including Pilar de la Horadada, Torre Pacheco and Los Alcazares are closed due to flooding.

The Dos Mares Shopping centre surrounding roads are under flood water. The RMF 24 road was just one of a plethora of highway road closures.

In Los Montesinos, Alicante, and the surrounding Vega Baja regions, farmers are holding their breaths as to what damage has been caused to crops.

Another night on Monday and into Tuesday saw heavy torrential rains and thunderstorms hit the hamlet towns. 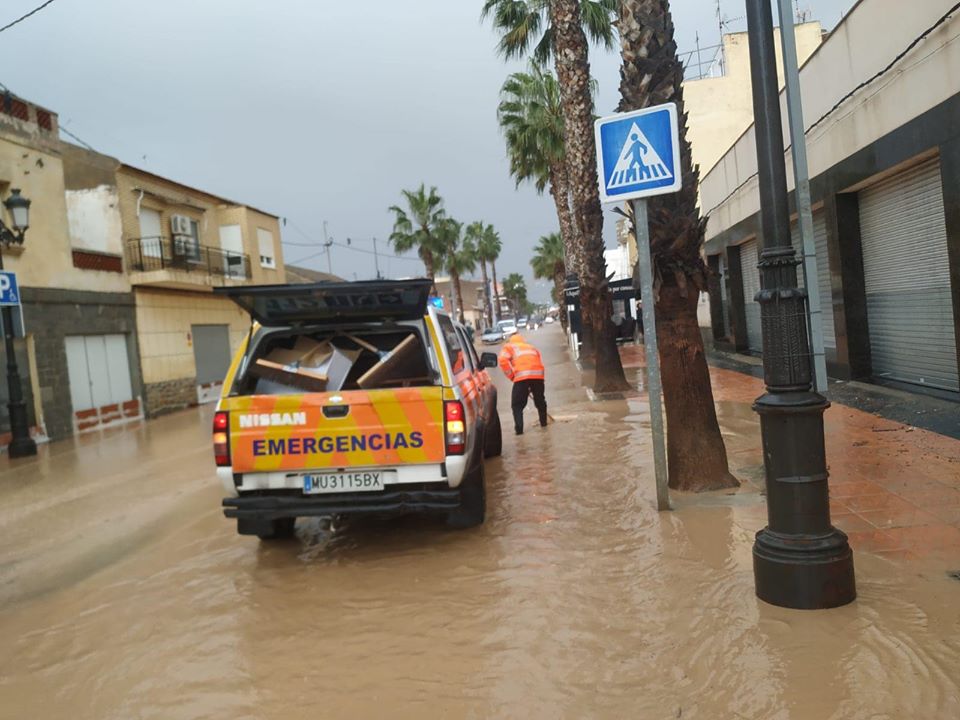