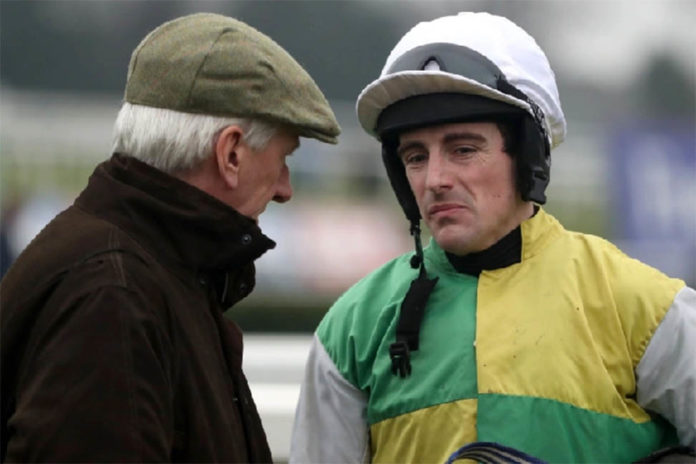 “He could also come back here – for the Grand National Trial next month.”

Trained by Sue Smith and ridden by jockey Danny Cook, Cook said: “They’ve done a good job with him. His homework has been absolutely A1.

“I schooled him on Wednesday – and he was in good fettle. In front, turning for home, I knew they were going to take some getting by me.”

Brian Ellison, trainer of Definitly Red said: “The ground was a bit tacky – which doesn’t suit. But we’re happy with the performance – with that weight.”

“The plan is to go to Kelso next month. We’re going to put some cheekpieces on him, to see if they sharpen him up. If they do, we might run him in them, in the National.”