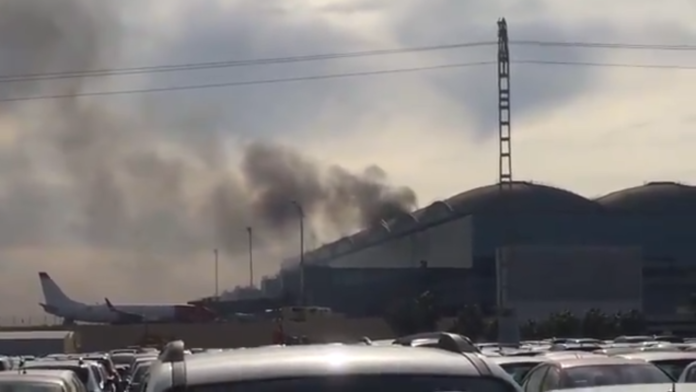 News is reaching us of an outbreak of fire at Alicante airport. The terminal has been completely evacuated and police and the emergency services are all in attendance.

Anyone attempting to enter the airport is being ushered away by police and we now understand that the airport approach has been closed to traffic.

The fire broke out on the roof of the terminal of the Alicante-Elche airport which has forced the building and operations to be closed for the last hour, with inbound flights either diverted or being held back until the situation is clarified.

There are currently no flights leaving the airport with two recent scheduled arrivals diverted to Murcia and Valencia.

There are no injuries and the airport firefighters are currently working on the fire, reinforced by colleagues from Alicante and Elche.

However as I write AENA has just posted on twitter that outbound traffic has resumed although there are still no arrivals.

Today there were 125 scheduled flights and up to 14 hours 73 had operated without any cancellation.

Apparently the fire could have originated in an office. At the moment the air traffic is interrupted and the passengers and workers are being held outside the terminal.

The smoke is very dense , according to taxi drivers who are not allowed access to the departures area.

Fire tenders arriving at the airport terminalThere are said to be no injuries and the fire is now under controlled with the area being ventilated. The airport’s own firefighters are working on the incident, reinforced by 15 colleagues from Alicante and Elche. 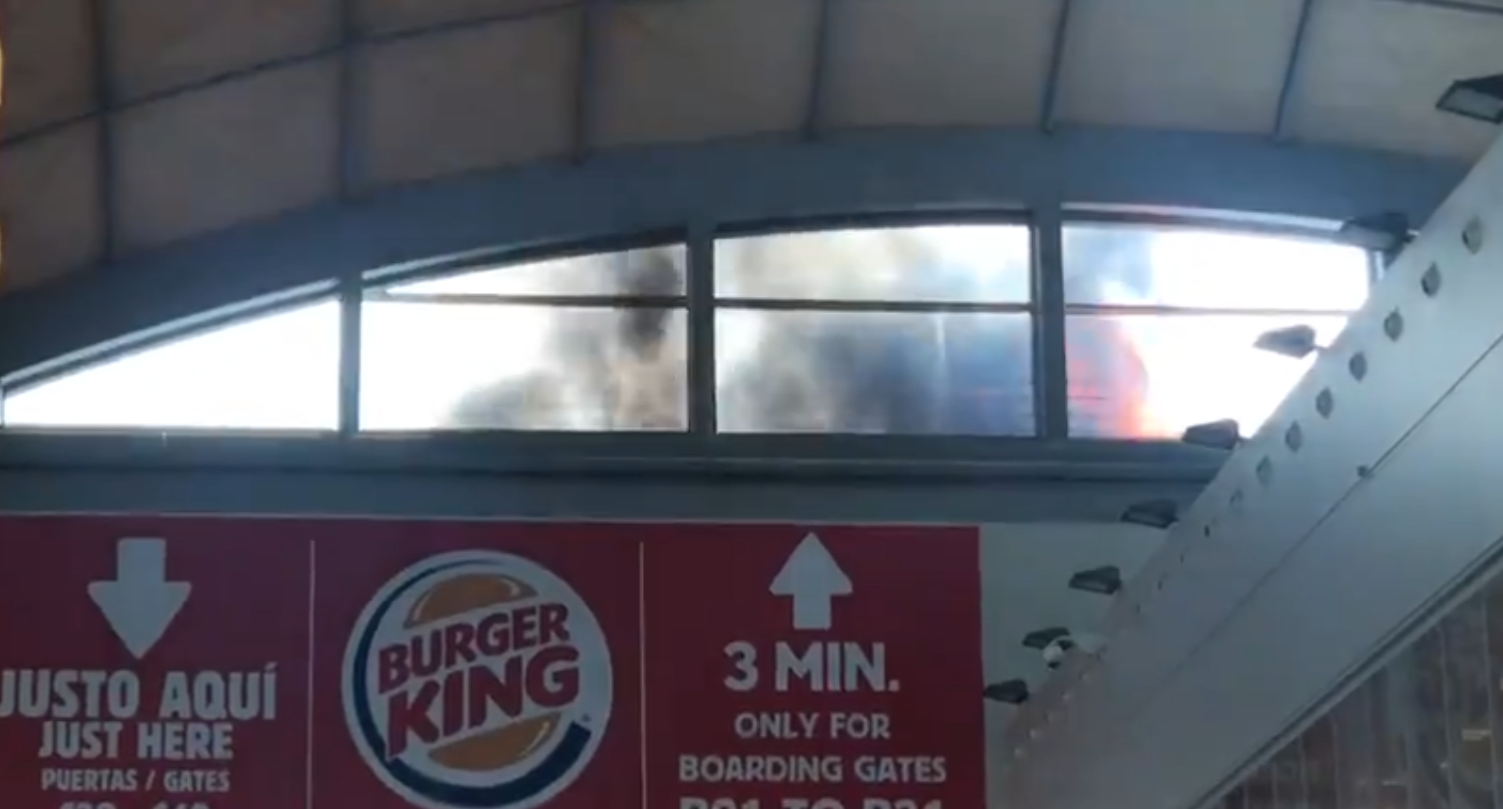