England all-rounder Ben Stokes has won the prestigious Sir Garfield Sobers Trophy for the ICC Player of the Year after a fabulous 12 months that saw him play a decisive role in England’s dramatic victory at the ICC Men’s Cricket World Cup 2019 along with a host of other memorable performances. 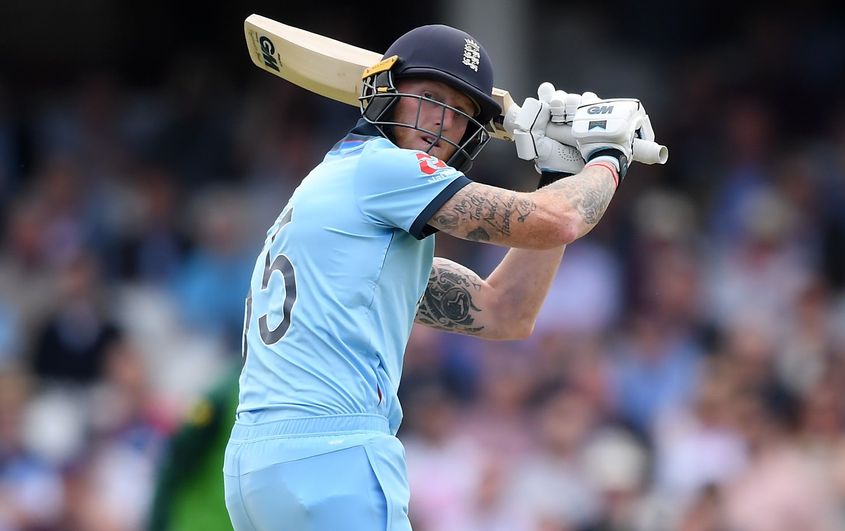 Cummins and Rohit named Test and ODI players of the year, respectively; Labuschagne, Chahar and Coetzer among other award winners

Stokes, who kept his nerve to smash an unbeaten 84 in the final against New Zealand, aggregated 719 runs and bagged 12 wickets in 20 ODIs during the voting period. He also scored 821 runs and took 22 wickets in 11 Tests, the highlight being an unbeaten 135 to win a nail-biting Ashes thriller in Leeds.

India captain Virat Kohli, who had swept the Player of the Year, Test Player of the Year and ODI Player of the Year last year, has won the Spirit of Cricket Award. He won the award for his gesture at the World Cup, when he egged the crowd on to support Steve Smith rather than boo him soon after his return to international cricket from a one-year suspension for changing the condition of the ball. Kohli has also been named captain of both the ICC Test and ODI teams of the year.

Meanwhile, England umpire Richard Illingworth has become the seventh person to win the David Shepherd Trophy for Umpire of the Year. This is the first time that the 56-year-old has won the award named after the late umpire from England.

ICC Chief Executive Manu Sawhney congratulated the winners of the awards this year and wished them all the best for the future.

Manu Sawhney: “On behalf of the ICC, I would like to congratulate all of the individual 2019 award winners as well as those players named in the ICC Teams of the Year.

“The awards celebrate the world’s best cricketers and this has undoubtedly been an extraordinary year for men’s cricket. The highlight of course was the ICC Men’s Cricket World Cup 2019 that ended in such dramatic fashion. Ben Stokes was, of course in the midst of all the action during the event from that quite incredible catch at the Oval right through to that epic final at Lord’s and is a very deserving winner of the Sir Garfield Sobers Trophy.”

The 28-year-old Stokes was elated at winning the Sir Garfield Sobers Trophy but remembered to credit his team and support staff.

“This award is testament to my teammates and the support staff that have been there every step of the way. Fundamentally, without the support of these individuals, we would never achieved our objective of lifting a major trophy.

“There is an incredible bond between teammates and to savour our achievements, whether that’s winning the World Cup Final at Lord’s or digging deep to win a Test match against Australia at Headingley. It is satisfying you can accomplish these superb highs together.

“The last 12 months have been the best in my career, and I believe what we attained will be the catalyst to achieve further success over the next few years.”

Pat Cummins, who grabbed 59 wickets in 12 Test matches during the period and finished the year as the top-ranked bowler in the MRF Tyres ICC Test Player Rankings, won the award staving off stiff competition including from compatriots Smith and Labuschagne. 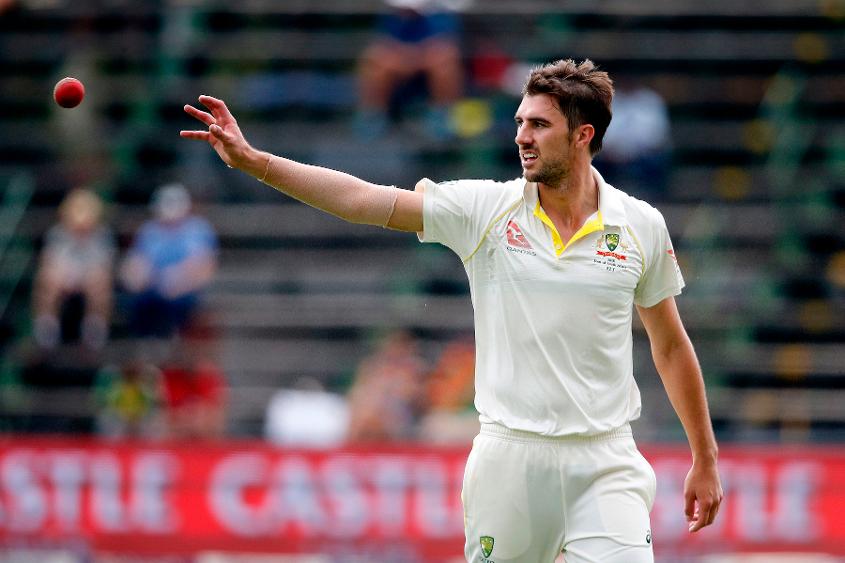 Pat Cummins: “It’s a tremendous honour to be considered the best player of last year and one which was certainly unexpected. I owe much to my team, team-mates and all those involved in Australian cricket for what was a really successful year for the team. The highlight was certainly being able to retain the Ashes which was a great reward for the hard work that went into that tour.”

Rohit Sharma looked forward to carrying his form in the coming year, after an aggregate of 1409 runs from 28 matches with seven hundreds earned him the award for ODIs.

Rohit Sharma: “I would like to thank the ICC for giving me this award and the BCCI for giving me the opportunity to represent the country. It is great to be recognised in this fashion. We are very happy with the way we performed as a team in 2019. We could have done better but we have a lot of positives and a lot to look forward to in 2020.”

Chahar said his haul of six for seven against Bangladesh in Nagpur, which included a hat-trick, would always be cherished by him.

Deepak Chahar: “I am very happy to receive this award. I would like to thank the ICC for this award and to the BCCI for giving me a chance to represent my country. That performance was very special for me. I got an opportunity to play for India after a long time. Taking six wickets conceding only seven runs was a dream performance for me and will always remain close to my heart.”

Labuschagne was an easy winner of the Emerging Player award after scoring 1,104 runs in 11 Tests, which saw him zoom in the MRF Tyres ICC Test Player Rankings from 110 at the start of the year to fourth by the end of the year.

Marnus Labuschagne: “It’s been exciting, it has been a great journey and I am very humbled with this award. It has been a great summer but the challenge is when you have a summer like that is to make sure you are backing it up and keep doing it. Being part of such a great team has been amazing, I have been very fortunate to be able to play in what is a great time for Australian cricket.”

India captain Virat Kohli was surprised to win the Spirit of Cricket Award and explained his reasons for backing Smith the way he did. 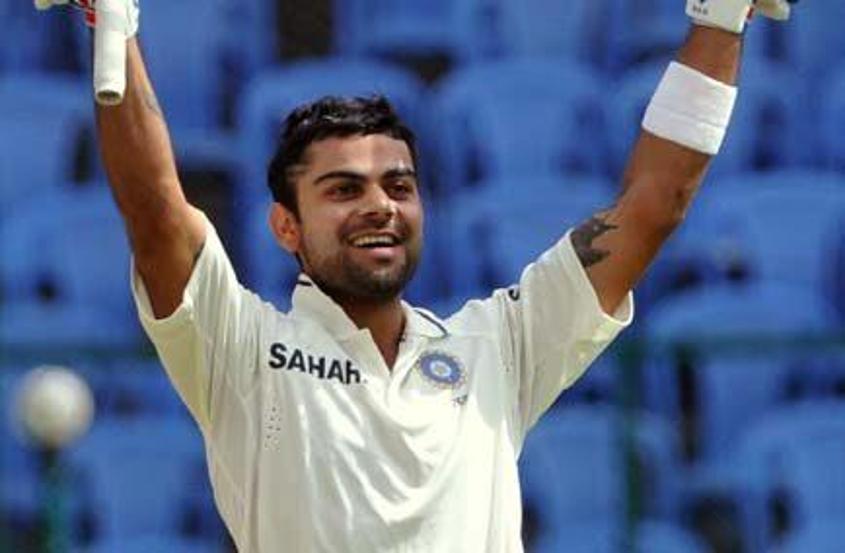 Virat Kohli: “I’m surprised that I have got it, after many years of being under the scanner for the wrong things. It is part of camaraderie that sportsmen must have with each other. That moment was purely understanding an individual’s situation. I don’t think a guy who is coming out of a situation like that needs to be taken advantage of. You can sledge, can have have banter on the field, you say things to the opposition in wanting to beat them. But booing someone is not in the spirit of any sport, I don’t endorse it.

“Also, that should not be a representation of our fans and what we stand as a cricketing nation, a sporting nation. We need to all take responsibility towards that. Intimidate the opposition, definitely try and have an upper hand but in a matter that is not targeting someone emotionally. That is not acceptable at any level and people should be wary of that.”

Coetzer was surprised at winning the award in spite of leading the Associate batsmen in ODIs with 880 runs in 18 matches and also aggregating 702 runs in 22 T20Is.

Kyle Coetzer: “It is a huge honour to have won the award. It was a huge shock, I certainly did not expect it, which makes it even more special. A big shout out needs to go to everyone who supported me throughout in 2019 – my family, my friends, all Cricket Scotland supporters who have come out through thick and thin, usually in some poor weather to be honest, everyone in the Cricket Scotland office as well as the backroom staff. A very special mention needs to go out to the players who support me on the field every day.”

Illingworth thanked all of those who supported him over the years and was happy to join his predecessors already on the list.

Richard Illingworth: “It’s an honour and a privilege to be named umpire of the year. To join the prestigious list of previous recipients of the award is very humbling.

“Although umpiring can be seen to be quite individual, there’s a huge amount done as a collective .I’d like to thank all my fellow match officials, the ICC and the ECB offices who have been great sounding boards and inspirations over the years. Also, thank you to my coach Denis Burns who helps me a huge amount and puts a great perspective on tough days.

“My family have been a tremendous support over the years and I’m delighted to share this award with them.

David Shepherd Trophy for Umpire of the Year – Richard Illingworth

Both teams and the annual men’s individual awards sides have been selected by a voting academy, which took into consideration player performances throughout the 2019 calendar year.

The 2019 voting academy comprised the following members of the media and broadcasters:

Environment to remove old pipeline from the Segura river bed

The Impact of Coronavirus Pandemic on the Worldwide Exchange Rates

Saturday figures show improvement Nationally despite increase in the Community