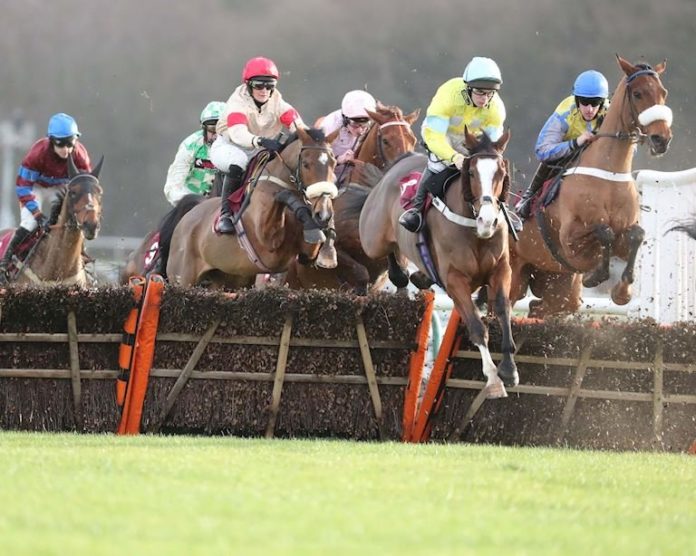 The top-rated performer among the entries is Definitly Red, trained by Brian Ellison.

The 11-year-old is a five-time G2 winner, and ran fourth in the G3 Randox Health Becher Handicap Chase over the Grand National fences at Aintree on December 7.

2019 Peter Marsh Chase was won by Wakanda, trained by Bingley based Sue Smith, who could be represented by Vintage Clouds, a two-time winner at Haydock Park.

The Peter Marsh Chase has yet to go to an Irish-trained horse. Noted is entry, Prince Of Scars, trained by Gordon Elliott, owned by Simon Munir and Isaac Souede, a G1 winner over hurdles in 2015, who remains lightly raced over fences.

Geronimo, trained by Sandy Thomson, comes into the Peter Marsh Chase on the back of a win. The nine-year-old made a successful seasonal reappearance at Newcastle in a handicap chase over two and a half miles on December 21, having taken two handicap chases at Ayr last season over 3m and 3m 3f.

Thomson, based in Lambden, Berwickshire, Scotland, said: “Geronimo is in good nick and the Peter Marsh Chase is the target.

“He has come out of Newcastle really well and this race has been the plan since.

“It was great to win and are looking forward to the Peter Marsh Chase. Hopefully the ground, coupled with the distance, will really suit.”

Acting Lass, trained by Harry Fry, runner-up to Regal Encore in a valuable event at Ascot shortly before Christmas, and the mare Midnight Tune, trained by Anthony Honeyball, who has won her last two starts in mares’ contests are noted.

David Pipe has two entries – Champers On Ice and Daklondike – who unseated Tom Scudamore at the fifth fence when starting 5-1f for the 2019 Peter Marsh Chase.

Unibet expect Pentland Hills, winner of the G1 Triumph Hurdle in 2019, to come on for his seasonal reappearance and make him the 13-8 favourite.

Entry, Cornerstone Lad, trained by Micky Hammond, was a 16-1 winner last time out, when getting the better of dual Unibet Champion Hurdle Buveur D’Air by a short-head, in the G1 Fighting Fifth Handicap Hurdle at Newcastle on November 30.

Hammond, based in Middleham, said: “We’re very pleased with Cornerstone Lad – he is in great form.

“The plan is to run in The New One Unibet Hurdle at Haydock and we are looking forward to running on Saturday.

“This race has really been the intention since he won the Fighting Fifth and it looks the right race to run in.

“Hopefully, he has improved again since and ground conditions look to have come right. He likes a bit of dig in the ground and that will suit.

“Henry Brooke is down to ride and hopefully he can do us proud again.”

The going is currently Heavy with rain forecast, and drier conditions expected from Friday. Mild temperatures are forecast.

*Andrew Atkinson’s racing news and tips in The Costa Blanca and Costa Calida Leader newspaper and fromthehorsesmouth.tips. First Past The Winning Post.