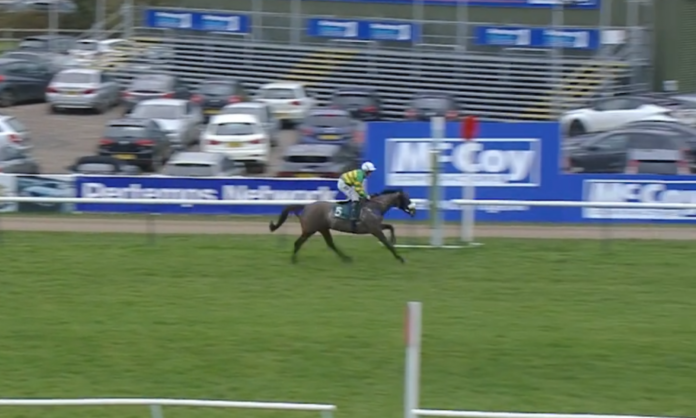 “He’s the finished article now – I think,” said Lacey after Kimberlite Candy’s victory, ahead of Captain Chaos, with Petite Power third, over 22 fences.

Kimberley Candy (9-2) carrying 11st 4lb, ridden by Richie McLernon, bagged the £42,000 first prize and Lacey said: “Richie got him into a lovely rhythm.

“We’ll see about the National. It would have to be soft ground. It’s an option.”

Kimberlite Candy, who finished second in the Becher Chase last time out on December 7, gained a 10 lengths win: “He did it well – but it took him a while to warm up. No one wanted to go on, so I just got a clean passage,” said McLernon.

Joke Dancer (10-30) trained by Sue Smith and ridden by Danny Cook was an 8 lengths winning tip – completing a 23-1 Warwick double.