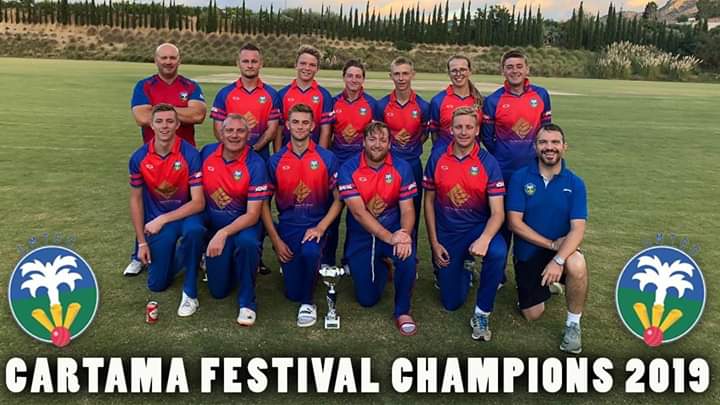 Former Torrevieja CC enter 2020 after their first season in 2019 in division one, having amalgamated with La Manga CC, to form LaMangaTorre CC.

And Kieran Wood, League Captain of LMTCC, took time out to give thanks to the Costa Blanca and Costa Calida Leader for the coverage undertaken.

“Thank you for all your help in spreading the word of our new team merging in The Leader during 2019,” said Kieran.

“The team had an end of year annual meeting and we praised the work The Leader have put in to help highlight LaMangaTorre CC,” said Kieran.

The new year bodes well, with talented Ollie Jarvis arriving at LaMangaTorre CC, in August: “Ollie played a big part in strengthening the bowling and batting in the team.

“He also played a part with the team’s morale and atmosphere, playing in both the T20 tournaments in La Manga in October and in Malaga, for Halloween, winning both trophies,” said Kieran.

La Manga hosted the annual T20 tournament in support of the Tom Maynard Trust in October.

“After a few weeks break we return on Sunday January 12, as a team ready to take the new decade by storm.

“Again, thank you for all your time and help this year,” added Kieran.

Praise for San Javier star Marta amid loss of Grandfather