Aena says that it expects the Alicante-Elche terminal to close 2019 having processed in excess of 15 million travellers, 8% more than 2018 with good connectivity with the rest of the EU and the appeal of the Costa Blanca in winter being the two key factors.

During the Christmas period alone, between December 20 and January 7, more than 700,000 passengers travelled through the terminal.

The operator says that the airport had a very good summer but, even beyond that, an extraordinary low season, both in the early months of the year and in this fourth quarter, custom that will see Alicante-Elche airport close 2019 by topping the 15 million passenger barrier, an additional 1.1 million users in relation to 2018, when the terminal ended the year with 13.9 million passengers. 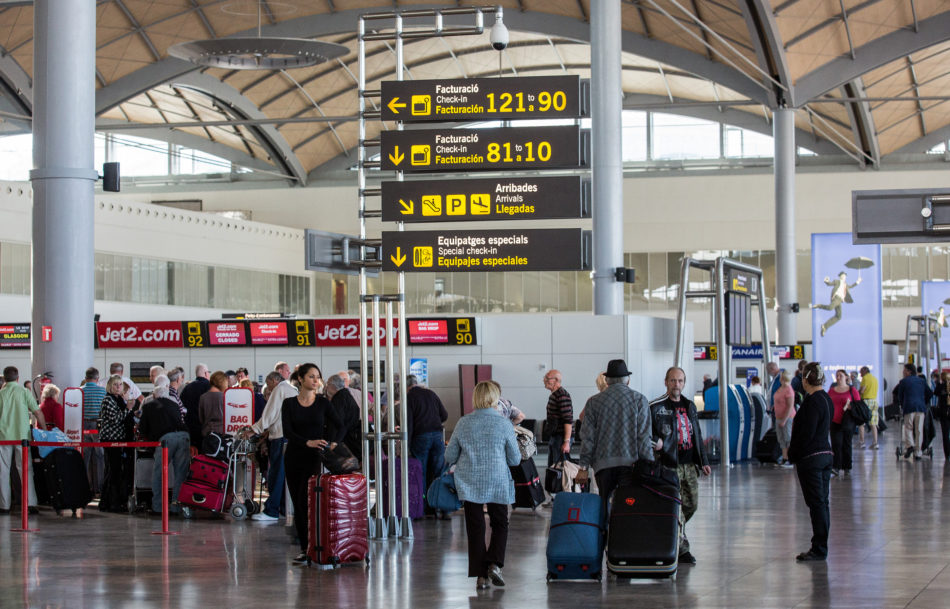 Saturday 21 December was the busiest day with 48,262 travellers, followed by 29 December with 47,414 passengers scheduled. The low point was on Christmas day, last Wednesday, when only 13,062 people used the terminal.

By achieving more than 15 million users the airport will join the elite class of airports where, in 2020, it will compete with Barajas, Palma, El Prat and Málaga in Spain, and others such as those in London, Prague, Athens and Milan, all terminals that handle between 15 and 25 million passengers. The change should also deliver additional benefits to customers.

The airport has now consolidated its recovery following the slowdown suffered last year with the recovery of Turkey and Tunisia. The key, especially residential tourism, was demonstrated last Christmas day when more than ten thousand expatriates gathered for a party on the beach at La Zenia. Another reason, according to sources, is the enormous pull that the Costa Blanca has across the rest of Europe, with flights of less three hours of flights from any major city.

The percentage of growth is two points higher than the national average although while El Altet grows, Malaga, Palma and Tenerife South, airports with more traffic, offer fewer seats, following the bankruptcy of Thomas Cook.

The United Kingdom continues to be the main passenger provider with a total of 1.9 million passengers, representing an increase of 4.4% and confirms that, for the moment, the Brexit effect does not disturb the tourism sector of the White coast.

85% of the passengers that used the terminal during the low season came from foreign airports with the balance of 15% internal and once again Ryanair is the company with the most scheduled flights maintaining its links to 19 cities across Europe.