Pinatar Arena will once again host over hundred teams at their training camps during 2020 and with the mid-winter season break now upon us the first teams are already arriving at the facility including Belgian Anderlecht, Chinese Beijing, Norwegian Mold, Austrian LASK, Swiss Lugano or Dutch Sparta.

The Arena will raise the curtain of its 8th season on Thursday 2 January with the arrival of 3 Belgian teams, Deinze, Leuven and Union Saint-Gilloise which is managed by Thomas Christiansen, and is one of the most successful teams in his country with 11 league titles.

However the most successful team in Belgium is Anderlecht, who, for the second consecutive year will focus on Pinatar Arena during the period January 5 to 12. The Pinatarense complex will also host Antwerp, Beveren and Sint-Truiden, as well as a number of other Belgian male and female teams from lower categories. 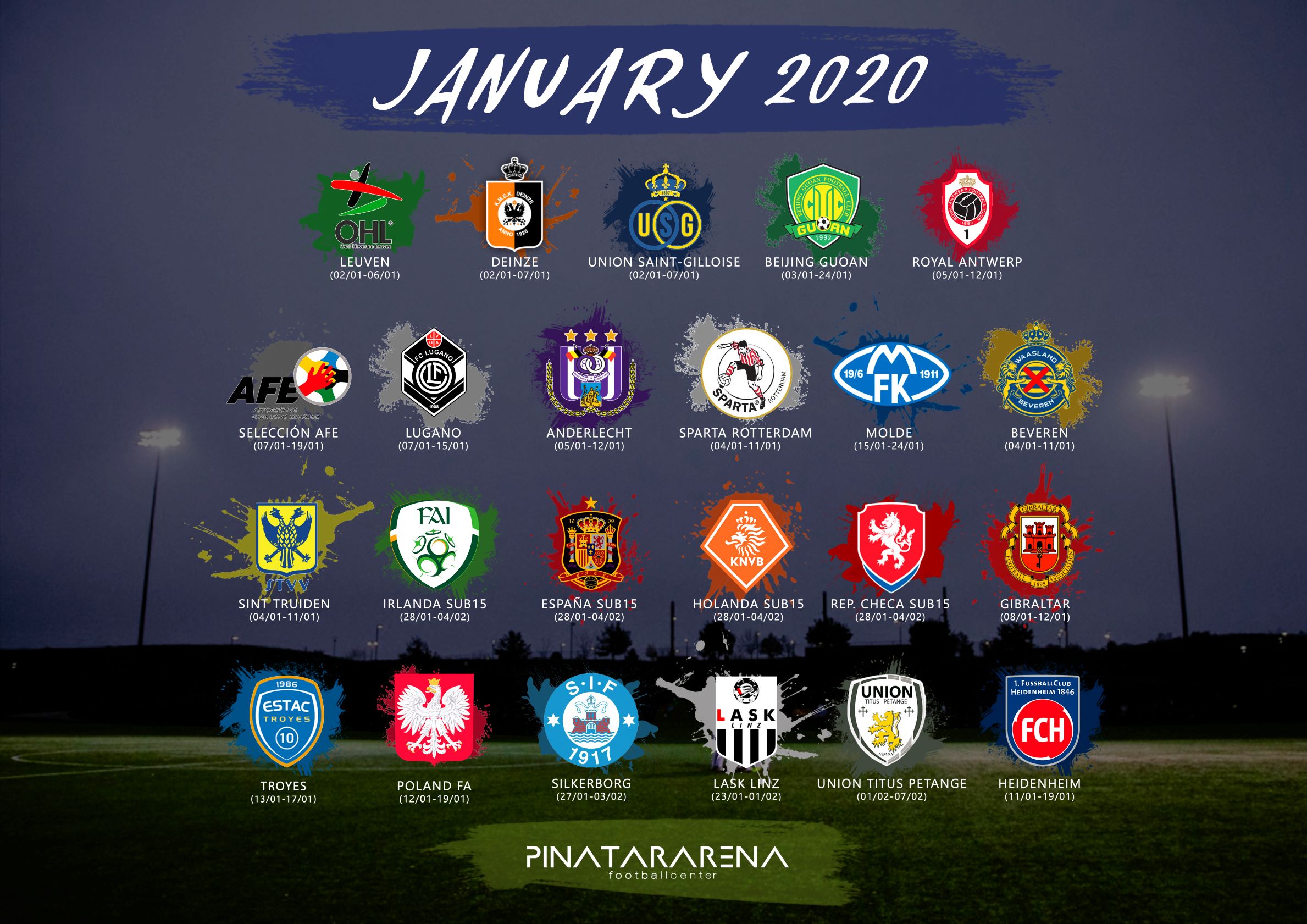 January will also see the arrival of the Chinese runners-up, the Beijing Guoan, who will be accommodated at the 5-star La Finca facilities from 3 to 22 January along with French side Lyon.

Other clubs arriving in January include Troyes, also from France, Sparta Rotterdam from Holland and the Norwegian champions Molde, LASK Linz of Austria, Heidenheim of Germany, Lugano of Switzerland and the AFE National Team.

National Associations will also feature in 2020 with 50 different male and female squads already confirmed in categories Under 15 through to Under 21, where they will compete in a number of different competitions

So once again Pinatar Arena will host training camps and friendly matches every month of the year, many of them being free to attend, achieving one of its objectives, that of tourism through football.