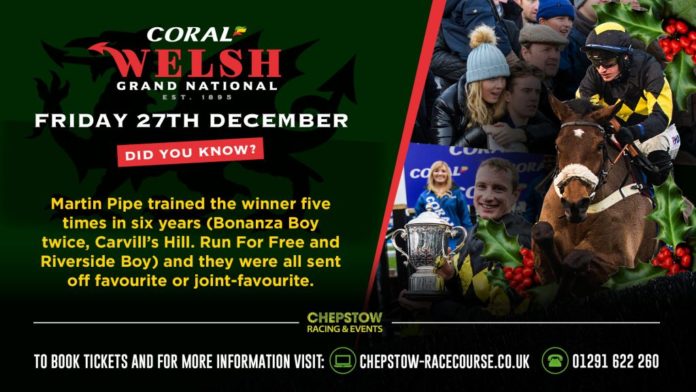 The going at Chepstow is soft, heavy in places, which will suit the Nicky Martin trained The Two Amigos.

A faller at Haydock in the William Hill Grand National Trial in February, seven-year-old The Two Amigos, ran eighth of 11 at Uttoxeter in October, a poor show, that later showed muscular suffering problems on his flank.

The Two Amigos finished third in November at Fontwell (C3) over 3m 3f, having lead going to the last, under 12st 1lb, with the going soft, heavy in places.

“With The Two Amigos and the ground – the heavier the better,” said Martin.

Elegant Escape, 11st 12lb top weight, winner in 2018, trained by Colin Tizzard, who finished third in the Ladbrokes Trophy, sees jockey Robbie Power up. It will be Power’s first time ride on the seven year old.