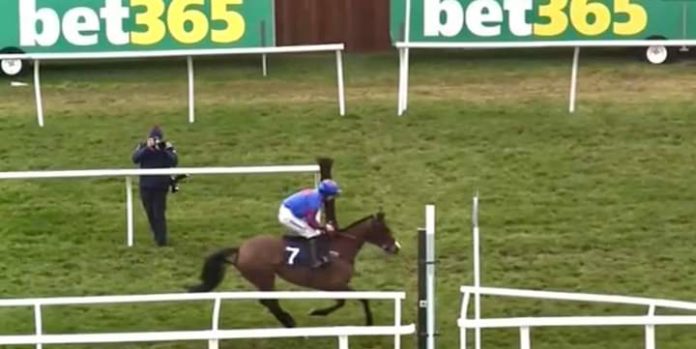 Theflickeringlight landed the bet365 Mares Handicap hurdle C4, under jockey Brian Hughes, who chalked up a century of winners for the season.

Theflickeringlight, 9-4 favourite, made all and soon went clear, over the 2m 4f race, winning comfortably, eased at the line.

Desaray Girl landed the BetWay Abram Mares Novices Chase C1 over 2m 2f at Haydock, under Tommy Dowson, backed from 33-1, to 25-1, beating Rosie And Mille, by a neck in a photo finish.

Four year old Desaray Girl was following up a 20-1 win at Newcastle, in a C5 race, under Dowson.

“It was great for Theflickeringlight to give us an across the card double, with a super pillar-to-post ride from Brian Hughes at Haydock, following Desaray’s win at Newcastle,” said Philip.

Kirby’s stables have hit form in recent weeks, with winners and placed runners, including Iconic Belle, third at 80-1 at Wolverhampton on December 20.

Pennine Cross 33-1 was a noteworthy winner at Catterick on December 17. Rayna’s World was placed at Wetherby at 25-1 in November.