The standard deck of 52 cards is used primarily in magic and, of course, for playing various card games. However, be it the magic tricks performed or the games played, the options and their variations are numerous.

If you are a decent enough card player or just someone who enjoys relaxing on poker night every other weekend, there are some pretty amazing facts that surround the standard deck, which you will likely find to be quite interesting.

Now, before anybody begins to point out the many theories out there, let’s get the facts straight. While there are multiple theories out there as to what the reasons behind the magic number might be, none of them have sufficient proof to back up their claims. Each one of them can be just as relevant as the other, which essentially doesn’t confirm anything at all.

What we do know for sure is that some decks used to, and some still do contain more or less than the standard set of 52 cards. 48-card decks, 36-card decks, and even 24-card decks have been used to play card games in the past, but they did not ever attain the popularity that the 52-card deck did – and has managed to hold on to for centuries.

A popular theory that perhaps makes the most sense from a historical and cultural point of view is that of the colonial influence. It states that due to French and English colonial influences, which had at one time spread across the globe, the 52-card deck used by them became the global standard centuries ago for nearly everyone.

The connection between cards and planetary movements may actually be the reason behind why 52-card decks were used in the first place, but as already stated, beyond speculation, there isn’t too much to go on here.

Nonetheless, there are some surprising facts about the astronomical connection, as stated below.

52 Weeks of a Year – The 52 cards are likely representative of the fact that there are 52 weeks in a year.

13 Months in a Year – It is believed that the 13 cards in each of the four suites in a 52-card deck are representative of the 13 months in an equal month calendar, with 28 days in all of them.

The Gregorian Calendar that we follow today does have just 12 months in it, but it isn’t the only calendar in existence. In fact, a lot of regional calendars across the world still use the 13-month system. In the early 20th century, there was also a campaign in favour of replacing the Gregorian Calendar with The International Fixed Calendar or the Equal Month calendar.

Almost All Card Games Can be Played Online Nowadays

Online casinos are not just about roulette, slots, and jackpots; almost every card game ever invented, starting from multiple variants of Blackjack and Spades to real-time poker games are also available in quality internet casinos such as NetBet.

We say almost, because there may be a few which might be excluded due to a lack of sufficient player interest, but for the most part, a proper online casino is going to have a majority of all popular card games in their roster.

Big Casinos Use Hundreds of New Decks Every Single Day

Depending on the size of the casino, the number of tables in the establishment used for card games, and how busy they are on a particular day, a single casino could be using hundreds of decks in one day!

The decks are changed every few hours on each table (or sooner if required) because card players will often begin to mark cards with folds, tears, spots, etc. which is a common way to cheat in card games. Therefore, on noticing this, the deck must be changed immediately by the pit boss. 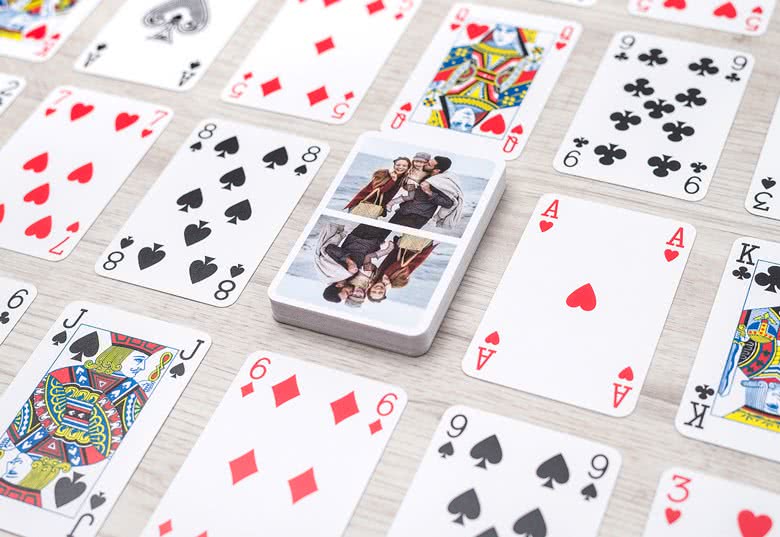 Even without anyone actively trying to cheat, repeated shuffling, dealing and playing automatically makes it easy for veteran players to identify certain cards through their typical wear and tear brought on automatically through constant use. Some decks might last up to 12-hours at best, but those are a rarity, and only possible if the casino is experiencing a slow day.

The slightly damaged decks are then sold within the casino itself or via their online portal. Casinos will also put decks used in famous card games on auction to fetch a good price, but they also throw away tens of battered and bruised decks every day.

A Single Deck Can Cost You More than £100

Now, keep in mind that we are not talking about super rare antiques and lost edition decks because they are usually found either in museums or, when available, get sold for anything between a thousand to a million+ pounds.

That in itself isn’t very surprising because antiques and collectibles fetch a good price for nearly anything. However, did you know that even a single deck of cards that can be bought online or from a select few offline stores can easily cost more than £100?

Although the average deck of cards only costs about £2 – £5 at most, a premium deck of White Centurion will set you back by roughly £250, the Gold Venexiana should cost £300 or more, while the Zenith can be ordered for a comparatively modest £110.

These prices are variable, but even at their lowest price, a premium set of playing cards could turn out to be as much as 100 times more expensive than the average deck of playing cards.

A final mystery worth exploring for card enthusiasts is that of the Four Suits, which asks the question, why is it that almost every version of playing cards, irrespective of the number of cards in each suit, has mostly held only four suits in total? Colonialism and French-English influence is the likely cause once again, but there is reason to believe that this is a practice that predates even that era.