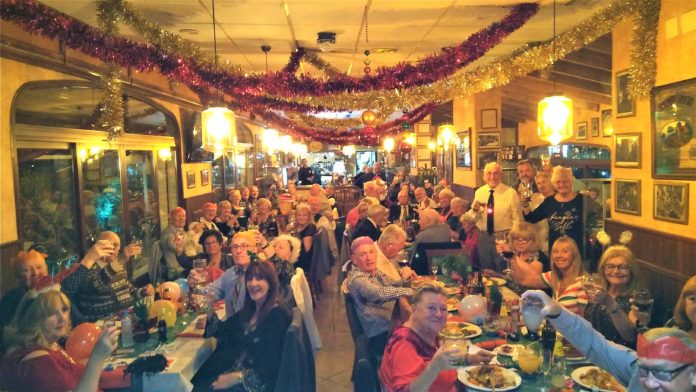 The Royal Naval Association (RNA) Torrevieja Branch Sail out from 2019 and prepare for the voyage through 2020 at their Christmas Dinner & Dance.

Everyone joined in the chit-chat in reminiscing over past military service (sea time) as well as the various events of the last year and speculating on the expectation for the coming year which created a buzz of excitement to fever pitch and was reminisce of the final night at sea before returning to base port (Channel Night) and could only have been topped by hearing the pa announcement (pipe) to collect your rum ration (up spirits), during the evening at Lo Crispin Tavern on Tuesday the 10th December.

Astonishingly there were no annual outings of ‘crimbo woolly pullies’ from any of the shipmates, however the abundance of ‘crimbo ties’ and splattering of ‘crimbo hats’ made up for it!!!! and seeing the ladies ‘dressed to impress’ was the highlight. 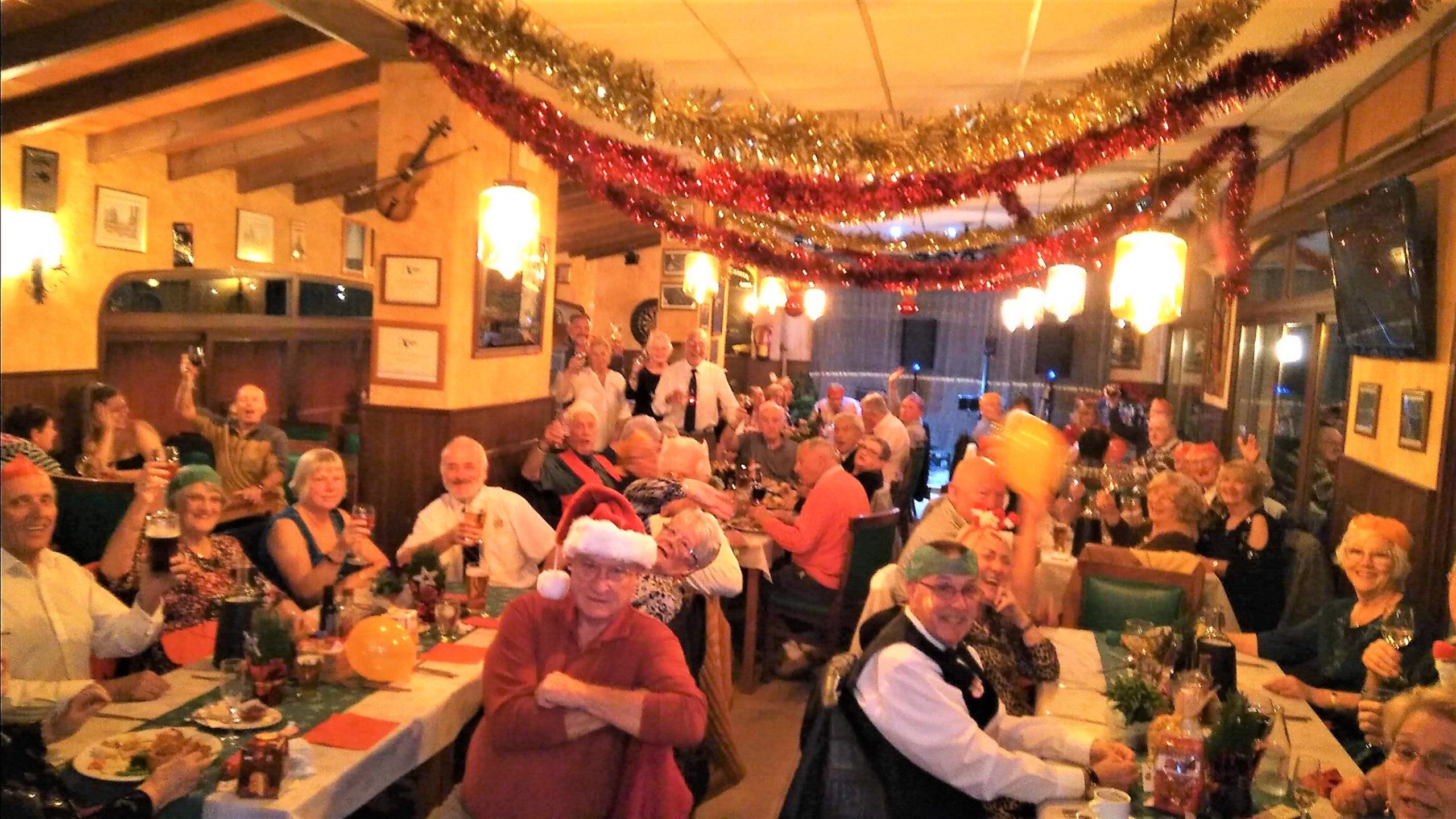 There was much ‘hooting & cheering’ for the warranted recognitions awarded to Carol for her stupendous dedication to organising the event and to Sandie & Cathy for their masterful and cheerful steering of the ‘tombola’ and the abundance of prizes.

The food (scran) from the galley was bountiful even without any tea’s & coffee’s (NATO standard) and the festive evening was rounded off with some ‘wicked hoofs’ being thrown about to the music produced by Woody until it was ‘kicking-out-time’ and although there had been lots of frolicking and high spirits during the evening everyone behaved themselves (stood up to muster) and were able to walk unaided (presented properly) when disembarking and there wasn’t anyone who tried to borrow without written permission (without a chitty) a military bicycle (red devil) and ride home on it.

We all look forward to next years ‘bash’

Photos of this event and more information can be found at www.rnatorrevieja.com

We welcome non-military personnel into our socially friendly and engaging group as Associate Members, so give us a call: Chairman Paul Edwards on 618644934, Membership Secretary, Danny Kay  on Tel 966716274 or email rosendanes@yahoo.co.uk  or the Secretary Margaret Forshaw on Tel 966921996.

Torrevieja bustling with holidaymakers as Summer Season springs into motion