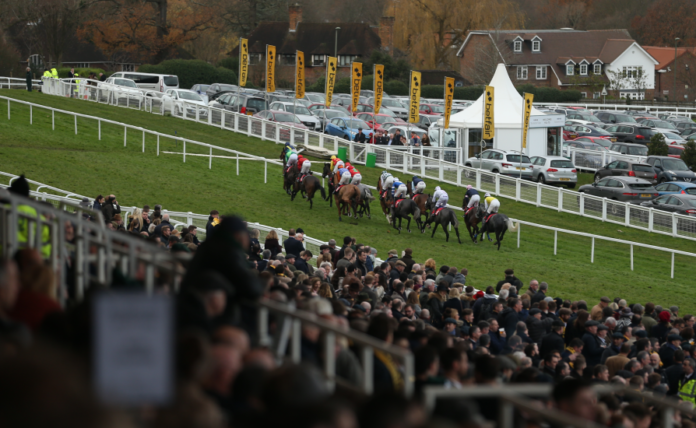 THE seven jockeys suspended for 10 days at Sandown Park, for refusing to stop riding – despite the stop-race yellow flag being waved – have had it overturned, following appeal.

Despite people on the track attending Houblon Des Obeaux, who had a fatal heart attack, on the final bend of Sandown’s chase, jockeys refused to act upon instructions.

The jockeys by-passed the fence, in front of which the yellow flag was being waved – narrowly missing Houblon Des Obeaux.

A Stewards’ inquiry later lead to the imposed banning of the jockeys, who say, reportedly according to trainer Dan Skelton, the flag wasn’t clearly visible.

Skelton said the yellow flag is inadequate, calling for LED advertising boards around the racecourse – to make it ‘absolutely clear and concise’ that a race should stop.

Indeed, something that the racing authorities need to look at: “It must be addressed,” said Skelton.

“The yellow stop-race flag was put in place – due to a stricken horse – just coming into the home straight. “When that flag is flown it means the race must stop and the race has been declared void.

“The jockeys should have continued up the home straight – but they went round the pond fence.

“All those involved have received 10 day bans. The stop-race flag is there – when there’s a major hazard ahead.

“When that flag flies, you have to stop riding…..some of the jockeys have gone to stop….then ignored it,” said Chief Steward Chris Rutter at the time.

Jockeys said they heard a whistle – but deemed the yellow flag was not clearly visible.

And Ruby Walsh believes the ban decision was ‘by the rules of the book’, although deemed it harsh and echoed Skeleton’s views, in than one flag man is insufficient.

The Sandown fiasco mirrored that at Wetherby in 2011. 10 jockeys were banned for ten days – after ignoring a yellow flag.