Last Sunday CD Montesinos took on local rivals, bottom of the league Todo Deporte Los Montesinos, in front of a lowly crowd of about 100, nearly all of whom were hoping for a big win.

As their league placing showed, Todo have consistently been one of the poorest teams in the league, regularly being beaten, but with great dedication they turn up every week to play. Monte, as you would expect, paid the respect that Todo deserved by putting out a full first team squad, the only major change being the Monte second goalie NIKOLAY (1).

From the kick-off Monte drove forward and a shot at goal just missed the goal’s upright. On the re-start the ball was stolen from Todo and Monte went forward with Gonzalo scoring, but ruled offside. All this in the first 3 minutes! A clear indication of what was likely to happen throughout the game. 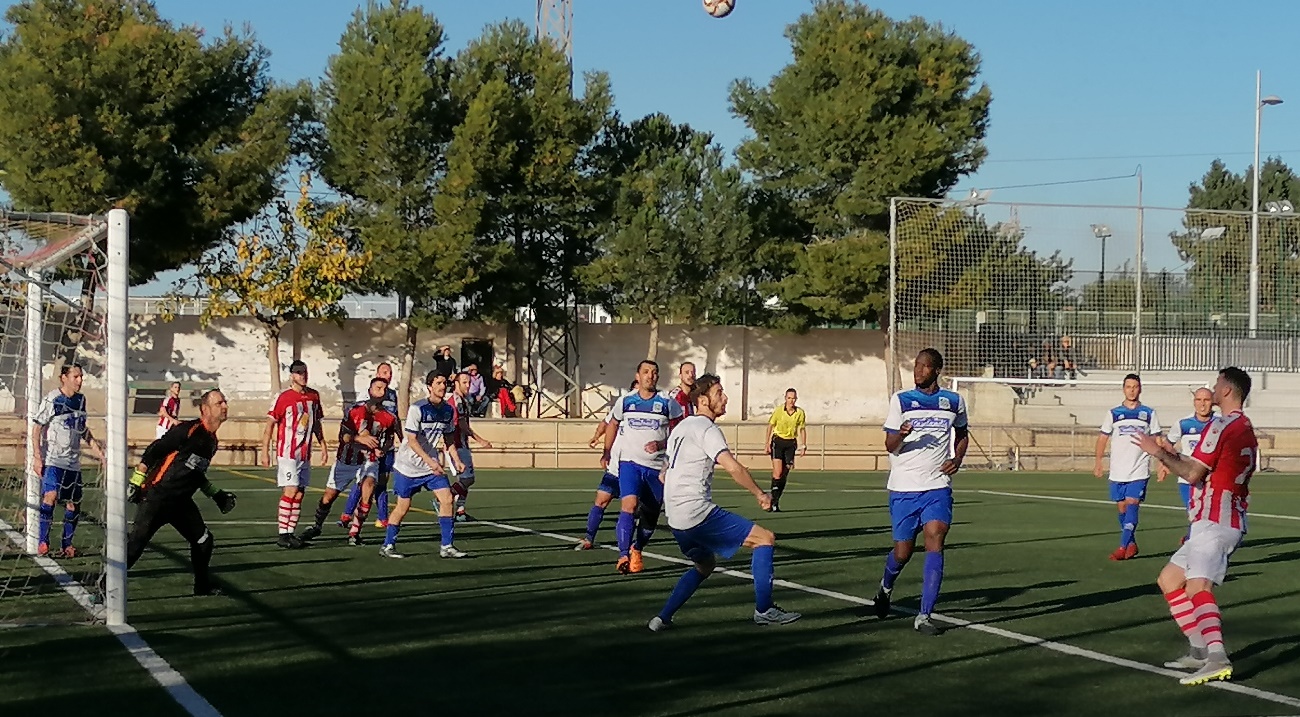 Monte had full control of the whole pitch with players taking turns at shooting at goal. Virtually all the Monte midfield and forwards were involved. Attempts to score by head or by feet, saw the Todo goal leading a charmed life, or occasionally, excellent saves from Todo’s man of the match, their goalie.

Perhaps surprisingly, for all their efforts, Monte only lead 2-0 at the break with goals from GONZALO (22) and MORANTE (2). Time to turn up the heat for the second period.

The result not being in contention, further second half goals from GONZALO (22), completing his hat-trick, GERMAN (8), another hat-trick and PEPE (4) with a brace. One of GONZALO’S  goals was special, in that it came from a rocket shot from a very acute angle. One of PEPE’S goals hit the underside of the crossbar and bounced into the goal despite a frantic attempt to save it by the goalie, whereupon he hit his head on the upright, badly cutting his forehead. Treatment was given by Joaquin, the Monte physio.

There was even a nice early Xmas present from Monte to Todo when Nikolay allowed one of the 3 Todo shots all game to slip by him, allowing a modicum of respectability to the score for their opponents.

Overall, an excellent game which was under the strict control of the female referee. She allowed the game to flow, had very few arguments and even fewer yellow cards.

MATCH 15 – CD Montesinos are at home on Sunday 22nd December to play CF Atletic Algorfa. Kick-off is 4.30pm. This game is sponsored by The Full Monte.

Before the match at about 3.30pm there will be The Full Monte’s charity donation to the Mayor of Los Montesinos, for the Los Montesinos Social Services charity.

If you wish you can make your own donation of non-perishable goods at the same time you can always email us at thefullmonte2011@hotmail.com

Also……check-out CD Montesinos on Facebook and JJ’s Predictor League. And don’t forget to take out or renew your Full Monte membership, with Steve. And have a look at merchandise on sale by Ray.