Closing the final meeting of the year the new Branch Chairman, Diana Bridle, thanked everyone for all their hard work throughout the year and she also gave a general overview of the new ideas which she hoped to bring forward in January which she hoped would help allow the branch to do even bigger and better things whilst also having a lot of fun doing it. 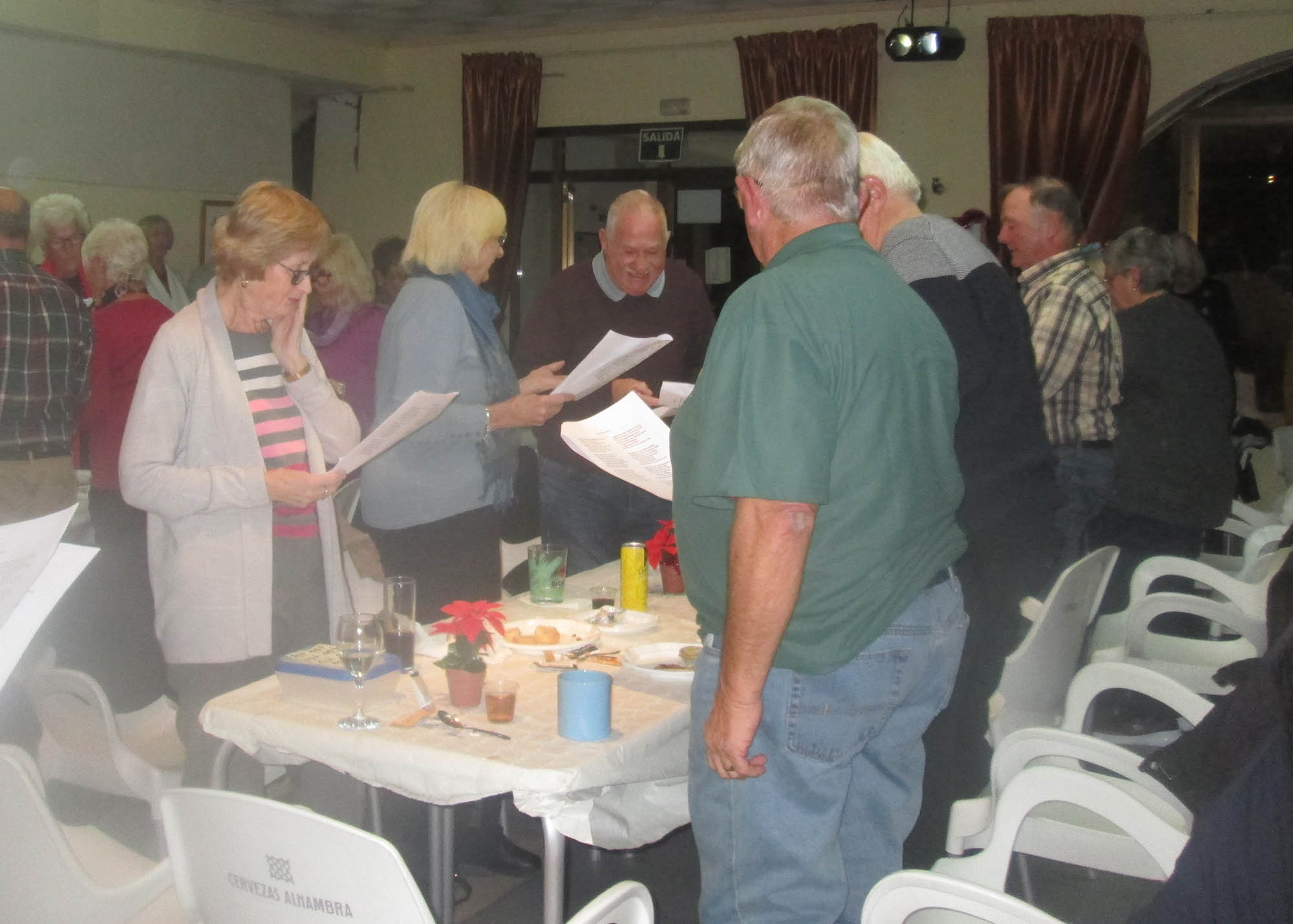 The Torrevieja Branch of the Royal British Legion ended their last meeting of the year by hitting the high notes.  Accompanied by the Royal British Legion Concert Band, and in most cases suitably attired the members gave good voice to all the old and familiar carols.  Once again, the enactment of the 12 Days of Christmas brought forth usual hilarity, and great fun was had by all.

At the end of the singing there was a superb buffet provided by the Members and washed down by wine sherry and the odd glass of beer.

Drugs washed up in Marina Deportivo

PP and Cs ‘U-Turn’ as they withdraw Cala Mosca proposal from...