With a month’s break between games it was Orihuela Costa Veteranos who will be dining on Xmas turkey with smiling faces after back to back wins secured their mid table league position for the festive period.

They didn’t have everything their own way though as San Isidro started the game well and played the better football from the first whistle.  A good passing move led to the visitors gaining an early advantage.

Late on in the first half Orihuela Costa Veteranos started to take more control of play and 5 minutes before half time were level as Paul Gardner drove down the left flank and pulled a cross back for Phill Dewhurst to dispatch the ball into the opposition net.

San Isidro looked immediately rattled and with only seconds remaining before the halftime whistle conceded a free kick. Phill Dewhursts strike was too hot to handle for the goalkeeper who could only parry it to the oncoming Paul Gardner to dispatch.  Half time score 2-1.

The second half was a stop start affair with the referee only to keen to blow his whistle for any physical contact.

Orihuela Costa Veteranos created many chances but failed to increase their advantage and it was their own Goalkeeper Mark Halsey who produced two outstanding saves to secure the points for the home team.

Man of the Match: Mark Halsey 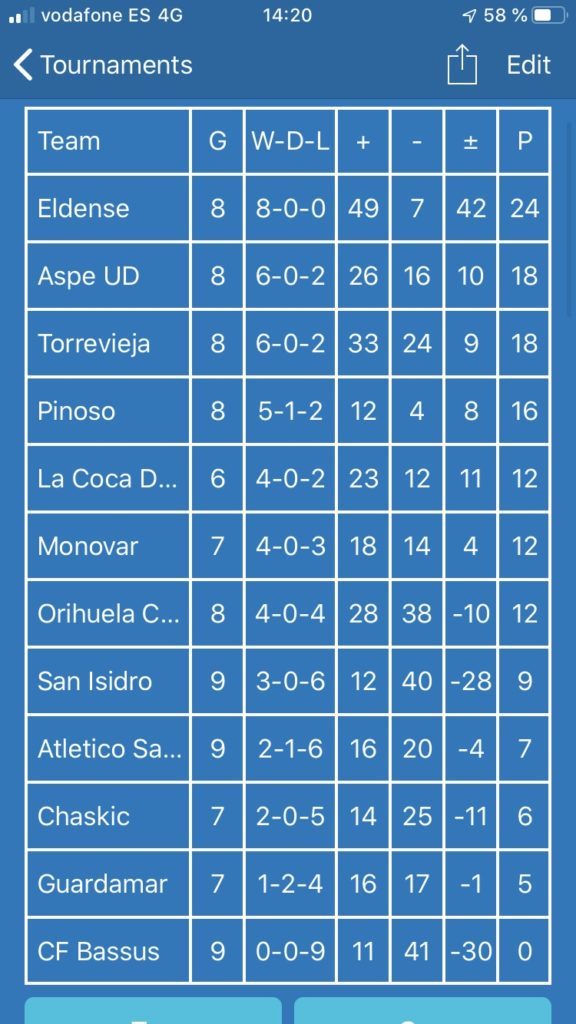