The British Defence Attaché and the Alicante Vice Consul joined members of RAFA, the RBL, Spanish and UK military authorities and the families of the 7 RAF personnel who tragically lost their lives on the Montgo Mountain, Dénia in an accident on 5 December 1950.

The crew of Wellington NA598 were flying from RAF Shawbury to Gibraltar when they encountered thunderstorms and poor visibility, forcing the aircraft to fly at low altitude and off course.

On Thursday the 5th of December, on a day that dawned bright and clear, a group of about 40 climbed up to the site to witness the unveiling and dedication of a memorial funded and provided by RAFA Costa Blanca North.

Following the dedication and a few words of homily and tribute the party then descended and gathered at the Chapel “Pare Perre” on the Denia side of Montgo, where a congregation of 90 people assembled for a service of remembrance.

The memorial, dedication and service was organised by the North Costa Blanca branch of the RAF Association, who after researching the tragedy, managed to trace the relatives of many of the crew who died in the crash and then organised for the memorial to be erected overlooking the crash site.

The bodies of the crew were all recovered and were later buried in the Gibraltar (North Front) Cemetery. 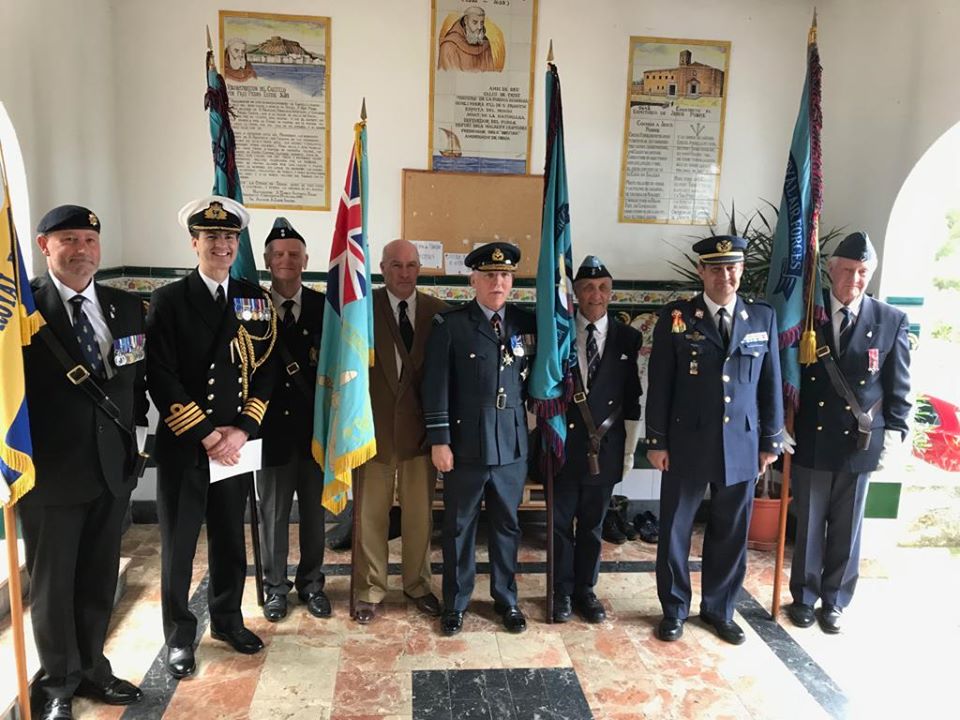 No investigation was ever carried out as to the reasons for the crash as relations between Spain and UK were somewhat fraught at the time. We do know that the wreckage of the aircraft was later sold for scrap to a Madrid dealer in order to cover the costs of the recovery which amounted to 26,917 pesetas. Newspaper reports state that the sale showed a profit of 6,000 pesetas which was given to charity

It did however record the number of fatalities incorrectly reducing them to four.

Testimony of the first person to find the exact location of the remains of the fuselage, beyond the Camí Colonia, is recorded in the Municipal Archives as Jaume Costa.  A team was quickly put together to climb Montgó, to find out if there were survivors and to recover the bodies. A photograph lists the members as: Juan Reig, José Noguera, Juan Roselló and a local priest, Father Adrián.

The mountain is said to always remember its dead and on one of the rocks next to the accident site is the following verse from Isaiah: “Those who wait on God will renew their forces as eagles.”