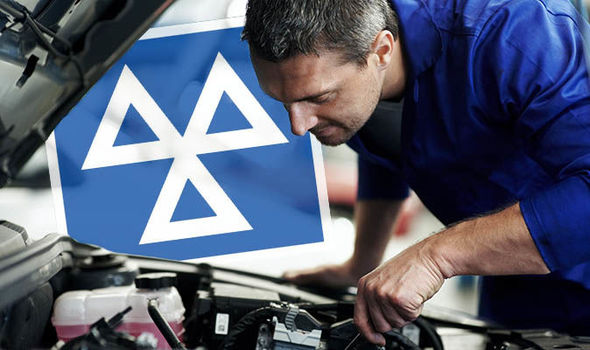 Anything you read about the MOT usually says that it applies to all vehicles on the road which are three years old, or older. And that’s mostly true. However, there are some categories of vehicle which don’t need a MOT at all. If your vehicle falls into one of the exempt categories however, that doesn’t mean that you can just forget about any checks. Vehicles used on the public road must still conform to basic standards of roadworthiness.

Many drivers still decide to put their cars through an unofficial test to make sure they’re on the right side of the law. The other step drivers must take is to register their car as exempt for MOT purposes; it doesn’t happen automatically. Download the V112 document from the DVLA website, print it off and send it off in the post.

The V112 form also helpfully lists all of the categories of vehicles which don’t need a MOT. Some of these are fairly niche – it’s fairly unlikely that you have a tram in the garage at home. However, some of the other exempted vehicles are far more commonly found.

One of the categories of vehicles exempt from MOT is “Vehicles used only on certain islands that do not have a bridge, tunnel, ford or other suitable way for motor vehicles to be conveniently driven to a road in any part of the UK.” So what is meant by “certain islands”? This includes some of the small islands in the UK such the Isles of Scilly and many of the Outer Hebrides.

People whose cars never leave the island can apply for exemption from the MOT test. However, on larger islands such as the Isle of Wight, there are plenty of options for MOT testing station. Any driver who takes their vehicle off their designated island and onto the mainland even once is committing an offence by not getting the right paperwork.

Once a vehicle reaches the age of 40, it won’t require any more MOT tests. The DVLA recognises that it’s just not achievable for older vehicles which were built decades ago to reach modern standards on things like emissions. However, this doesn’t mean that drivers of vintage cars can keep them on the road until they are falling to pieces.

Vintage vehicles still have to roadworthy, and have the same level of tread on the tyre and working headlights as every other car on the road. Many people who own vintage cars will still take them along to their local specialist every year for a test similar to the MOT, especially when they are regularly used on the public roads.

The complicating factor for people who own vintage cars is that the exemption only applies in cases where the car has not been “substantially changed” in the past 30 years. There’s a long list of changes which the DVLA says counts as substantial. This includes things like replacing the engine, steering or suspension. If you are unsure about whether changes you have planned are classed as substantial, get advice from a specialist mechanic.

Vehicles not Used on the Public Road

If you’re lucky enough to have a large country estate, with a fleet of vehicles which never leave your land, then you don’t need to worry about having them go through a MOT test each year. You won’t have to tax them either. This exemption also applies to farm vehicles which are used to cross between parcels of private land, as long as you’re driving fewer than 6 miles a week on the public roads.

Perhaps a more likely scenario is a car which you’ve bought to do up and is off the road. If you’ve declared SORN – a Statutory Off Road Notification – this means you don’t have to tax it or put it through a MOT test until you’re ready to drive it on the roads again. Off road though means just that; it has to be in a garage or on your driveway, not parked on the public road outside your house.

Vehicles which are used exclusively for police purposes don’t require a MOT either. This covers both marked and unmarked cars as well as vans. This exemption is due to the fact that all police vehicles are maintained by a network of garages and undergo regular checks and maintenance to keep them safe. An additional MOT inspection would be far less detailed than the routine maintenance done by the police anyway.

Any vehicle which has a maximum speed of less than 15.5 miles per hour doesn’t need a MOT test, even if it’s legally allowed to be on the road. This covers things like mobility scooters and golf buggies. Currently, there’s lots of legal debate about the issue of bicycles which have an electric motor which kicks in to help you up hills or just get to your destination a bit more quickly.

Are these really bicycles, or does the motor take them over the 15.5mph limit and make them an electric motorbike instead? Similarly, motorised scooters which are hugely popular in many European cities are not legal to use on roads or pavements in the UK. If this changes in the future, will they need a MOT test too?

There are lots of other types of vehicles which are exempt from MOT tests too, such as tractors, street sweeping vehicles, track-laying vehicles and trolley vehicles. In some areas of the UK taxis and other private hire vehicles don’t need a MOT either.

Instead, the local council has a different way of checking up on roadworthiness to ensure that cars operating as taxis are safe to be on the road. Usually, these tests are stricter than a standard MOT.

If you think your vehicle might fall into one of the exempt categories the key thing to remember is that you have to apply for that exemption by filling in the form and sending it off. It doesn’t happen automatically.