It was the home team CF Bassus who gained an early lead after being awarded a penalty on 4 minutes.

Orihuela Costa Veteranos held their own and played well after the early set back creating a number of chances which they failed to convert.

CF Bassus were limited to a few free kicks and shots from outside the box which ended up high and wide.

Thus the Halftime score remained 1-0 to the home team.

After a good team talk in the changing rooms at the break Orihuela Costa Veteranos came out firing with a great passage of play down the right side demanding a great save from the Bassus keeper to maintain their lead.

It wasn’t long before the visitors were level with a chance created with some great football.

A goal line scramble from a corner pushed the visitors ahead 1-2.

OCV then had a player pull up injured which forced them into a sub After the sub was made OCV pushed on even more by creating another goal immediately 1-3 The 4th goal came from a break from OCV which made it 1-4. A lead Orihuela Costa Veteranos maintained untill  the final whistle.

Man of The Match :  Victor Henriquez 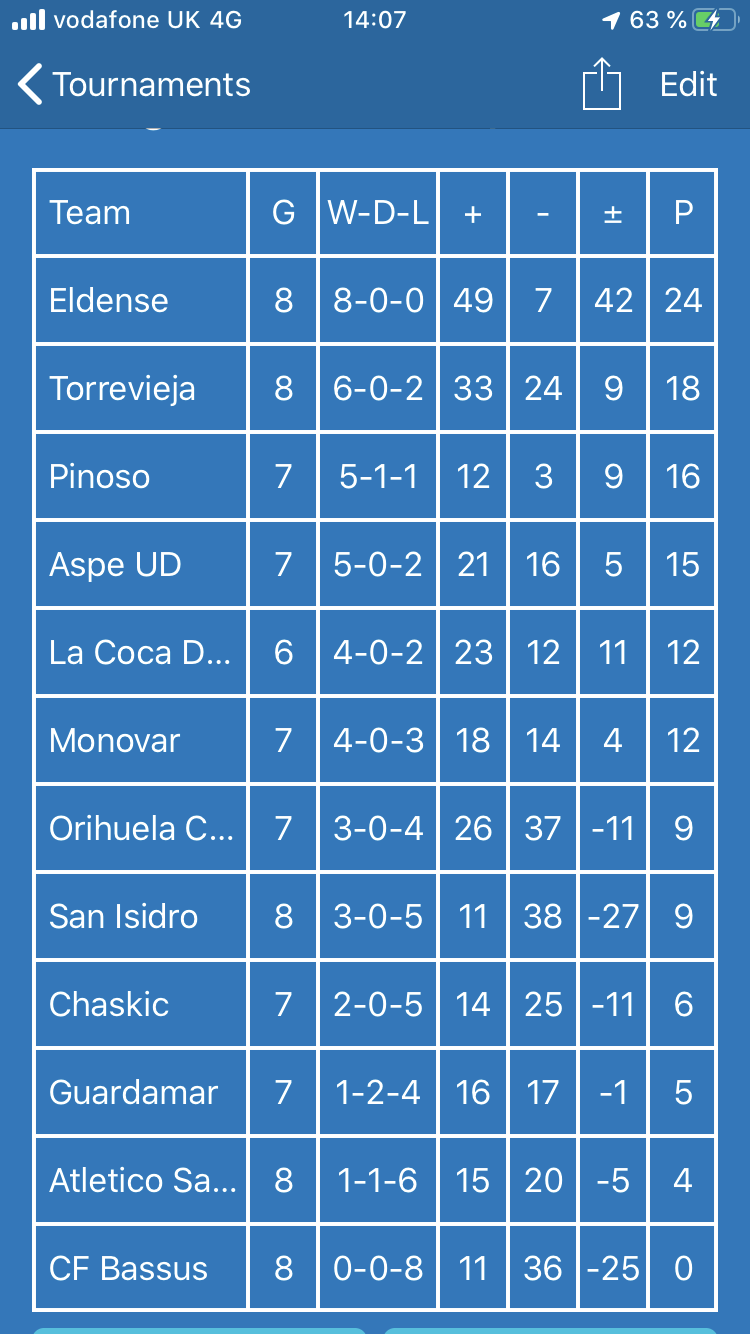