EMOTIONS were running high as hundreds gathered on Friday morning to begin the day for San Fulgencio to show their gratitude and appreciation to all those who helped and collaborated during those dark days of just three months ago.

The worst storms to hit Spain for 140 years devastated much of the Vega Baja.  By comparison, San Fulgencio escaped lightly but doesn’t take away the hurt and the endured by those neighbours who lost everything in the resulting floods. 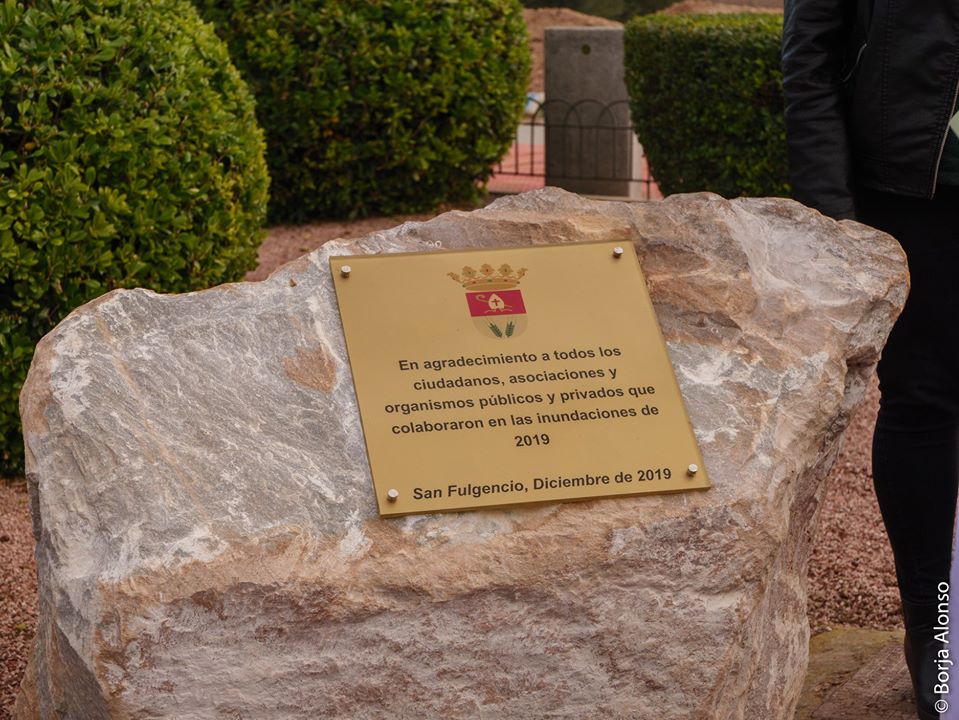 It brought out the very best of people and it was those displays of professionalism and dedication – much beyond the call of duty – that were recognised in the Recinto Multiusos in San Fulgencio following a parade through the streets and an unveiling by the Mayor of a commemorative plaque.  For many, witnessing tears in the eyes of the Local Police as they received their diplomas and letters of appreciation, the full scale of the post-flood operation was possibility appreciated for the first time.

Among the large gathering were representatives from other municipalities Local Police, Civil Protection, the Guardia Civil, National Police and the military.  In addition, many local people and businesses from across San Fulgencio that gave of their time and support in the aftermath of the floods were also invited on stage to receive their deserved thanks.

San Fulgencio’s Chief of Police, Christobal Rodriguez – struggling to contain his emotions as he addressed the audience – paid tribute not only to his own officers but to those who had come to support in the toughest of conditions from Elche and Torrevieja.  “As they finished their usual shifts, they came straight to San Fulgencio to assist in the rescue and relief efforts.  I will never forget what they did for us.”

The event began and ended with specially produced videos containing images of the flooded areas and the rescue and relief efforts.