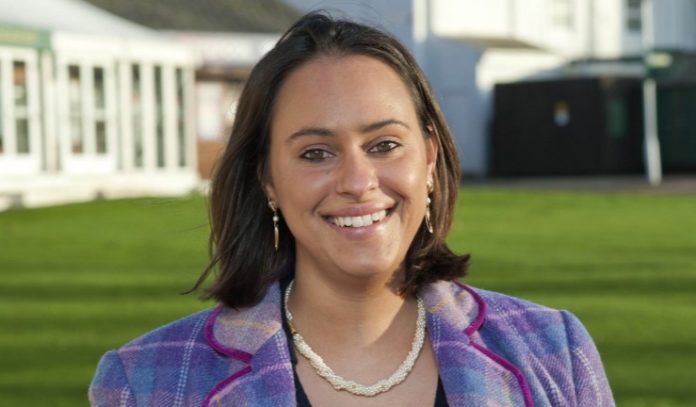 SULEKHA Varma has been appointed as Clerk of the Course at Aintree Racecourse and North West Head of Racing for Jockey Club Racecourses.

“I am honoured to be taking on the role of Clerk of the Course at Aintree Racecourse and North West Head of Racing for Jockey Club Racecourses,” Sulekha told fromthehorsesmouth.tips.

“I will be sad to leave the fantastic team at Hamilton Park, but it is a hugely exciting opportunity to join the team who stage the UK’s most famous horserace.

“I am very much looking forward to getting started,” said Sulekha, 34, who has been Racing Manager and Clerk of the Course at Hamilton Park Racecourse since 2016 as part of the senior management team.

Sulekha also has a longstanding relationship with Aintree Racecourse, having worked as part of the team delivering the Grand National Festival for the past 10 years, assisting current Clerk of the Course and North West Head of Racing for Jockey Club Racecourses, Andrew Tulloch.

At Aintree, she has had a wide ranging role which has included supporting racing operations in the weighing room, parade ring and stewards’ side-on box throughout racing, and subsequently the position of Clerk of the Course in the country section of the Grand National course, overseeing the team and operations during all races over the famous Grand National fences.

As part of her role, Sulekha will be responsible for all aspects of racing at Aintree, including leading the racing team who deliver the world-renowned Randox Health Grand National Festival.

She will also oversee the successful operation of the Aintree International Equestrian Centre and be joint Clerk of the Course at Jockey Club Racecourse North West’s sister course, Carlisle.

“Sulekha began her career with Jockey Club Racecourses at Haydock Park a decade ago and she brings a wealth of experience and extensive knowledge of the industry.

“Her role at Hamilton Park saw the racecourse collect a number of awards and she is already a familiar face at Aintree, having worked closely alongside the team for the past 10 years during the Grand National Festival.

“I would also like to take this opportunity to thank Andrew Tulloch for his dedication and his undoubted passion for racing.

“I look forward to Andrew’s advisory role in supporting Sulekha and her team.”

Sulekha said: “While British Racing has faced and will face challenges, I hope that Aintree Racecourse will continue to be at the forefront of addressing many of those and showcasing our wonderful sport to an ever-wider audience.”

The post Sulekha Varma appointed Clerk of the Course at Aintree appeared first on Horse Racing News and Tips.