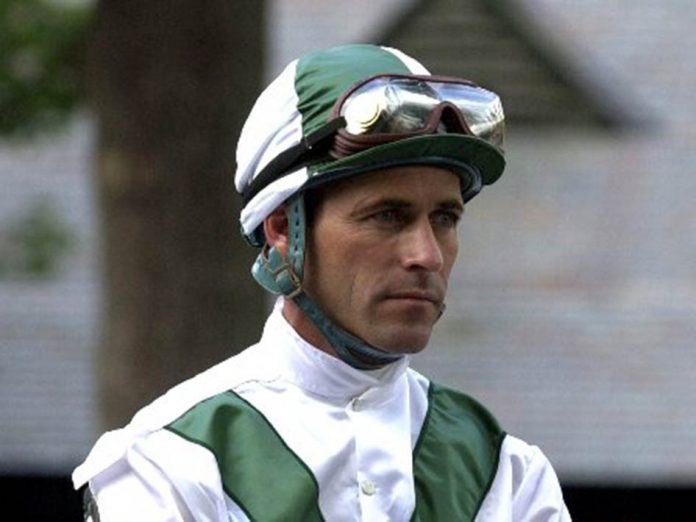 GARY Stevens, a leading American jockey, who I met and interviewed during his riding career in the UK, has aired his views on the rising deaths of horses in America.

Gary, three times winner of the Kentucky Derby, who featured in the film ‘Seabiscuit’, revealed he cried after watching the Premiere in 2003.

During the interview with Gary, at Haydock Park, his wife was from Yorkshire, and I recall we hit on the word ‘Noggin’.

“I know what the word ‘Noggin’ means – being married to a Yorkshire woman!,” Gary told me.

Gary, who became a professional jockey in 1979, who rode his first of three Kentucky Derby winners in 1988, retired in November 2018.

Gary, who retired on Doctors advice, due to a spinal injury, is a racing analyst for NYRA and Fox Sports.

Gary, who also won the Preakness Stakes and Belmont Stakes three times each, and 10 Breeders’ Cup races, made the racing press headlines, with winners at a plethora of courses, including Ascot, during his spell in the saddle in England.

Gary, also a nine-time winner of the Sants Anita Derby, entered the United States Racing Hall of Fame in 1997.

From Discover on Google https://www.youtube.com/watch?v=GEYnvo0RloQ

The post USA racing authorities to use their ‘Noggin’ ?! appeared first on Horse Racing News and Tips.