When Thader beat title favourites Villajoyosa some 6 games ago, no one would have thought that they would have gone on a barren run stretching to the start of December.  Thankfully that unwanted run is now over, courtesy of a much needed late goal by Dani, which clinched a nail biting match against CFC Benidorm.

Following a ladies match between Thader and Elche, this preferente league match took centre stage at the artificial pitch in Rojales.  Benidorm arrived for the game deprived of 3 key players, for they were involved in a car crash during the week.

Thader manager Joaquin Mas was dealt a blow when midfielder Borja injured himself in the warm up, leaving Cabrera to take his place.  Lloyd was suffering with bronchitis on the bench, whilst Rafa Gomez was still missing through injury, although Rafa was back from suspension.

Straight from kick off, Sergio Galvez was required to make an important save, as the visitors looked threatening.

The game went a bit flat until Benidorm’s keeper Hector saved well with his legs from a fierce drive by Cabrera.  A perfect cross from the left by Calderon set up Jose for a simple tap in, but alas he sliced the ball wide, although Thader were looking good.  Midway through the half, it took a majestic save from Sergio to deny Yoel opening the scoring for Benidorm. 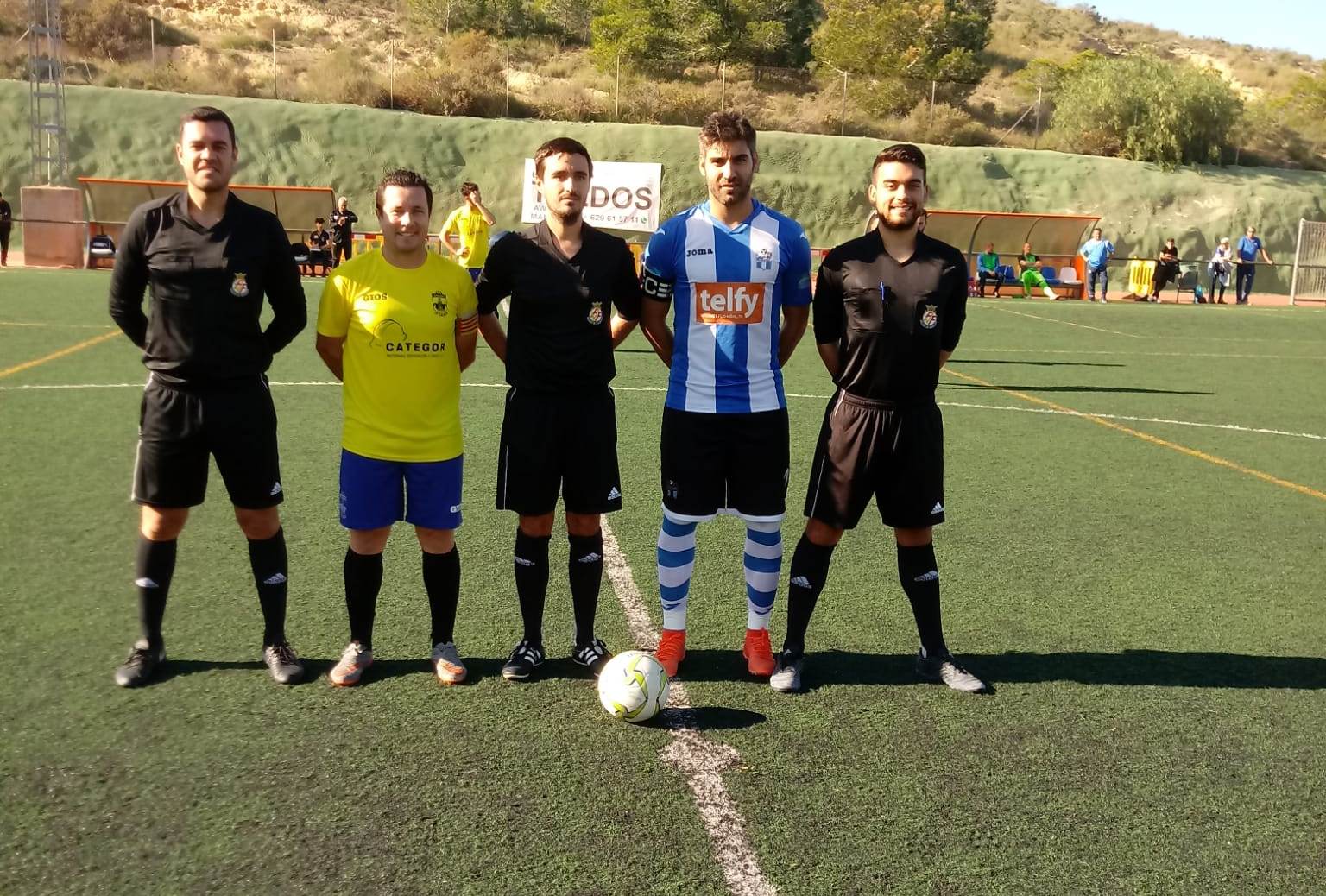 Just before the interval, Cabrera found himself with space, but his powerful drive lacked accuracy, failing to trouble a relieved visiting keeper Hector.

On the hour mark, Moha found himself 1 on 1 with Sergio, but Benidorm’s striker lacked composer by shooting wide.  Next it was Thader full back Vicente who tried his luck from distance, which had it not been deflected, would almost certainly have found its way into the back of the net.

An inch perfect assist by Nino found Dani, who with just 1 touch, unleashed a glorious drive past a shell shocked keeper to open the scoring.  The relief was apparent on both Thader fans and players alike, but could they hold out?  Joaquin Mas was then cautioned for dissent, before immediately being shown a red card for simply asking why!

Standing next to Thader’s manager, I was gobsmacked at the injustice dished out by an over zealous referee.  Thader did hang on for a well deserved victory, which brings them closer to the pack just outside the relegation zone.

Next weekend Thader visit Torrellano, although at the time of writing, a date had yet to be decided.  A visit to Thader 19/20 facebook page is recommended for details on this match and much more info on CD Thader Rojales.