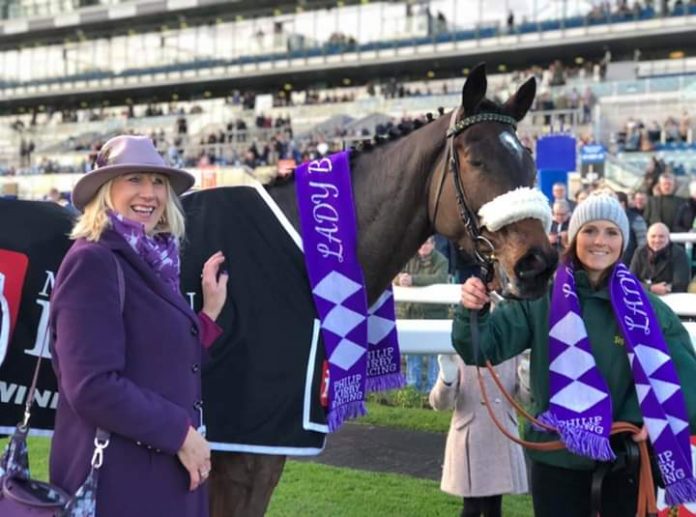 LADY Buttons faces stiff competition at Newcastle on Saturday, where the going is heavy, in the Betfair Fighting Fifth Class 1, over 2 miles and 6 furlongs.

Lady Buttons (8-1) who won at Wetherby in soft going this month, will go head to head with Nicky Henderson trained Buveur D’Air, ridden  by Barry Geraghty, a winner at Punchestown over 2m in May and at Sandown in February.

Trebles at Ascot and Taunton for Leading tipster

Happy days for Kerry at Ascot