ALONG with many other municipalities across Spain, San Fulgencio took part in the International Day Against Violence Towards Women on November 25th.

Both in San Fulgencio Village and in Urbanisation La Marina, a large number of women had, for some time, been making the purple butterfly symbols from a multitude of materials.

These were proudly sported on the day by many people, with the majority of them making up the two wonderful displays of butterflies ‘caught in the net’ in the Plaza Constitución and in front of the Urbanisation Town Hall Offices. 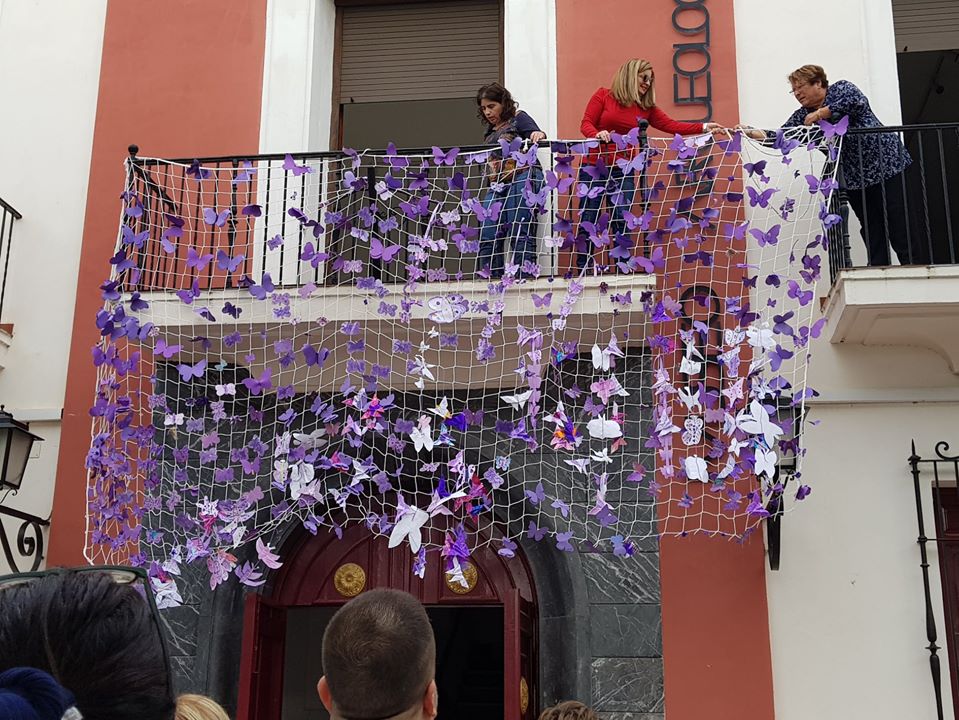 Councillor for Social Services (URB), Samantha Hull, said: “This has been such an impressive display of solidarity from the people of San Fulgencio, and there is no doubt the event has raised the awareness of the issue of gender violence that sadly is on the increase in Spain.  I want to thank everyone that gave their time to create the butterflies and who helped us on the day itself.”