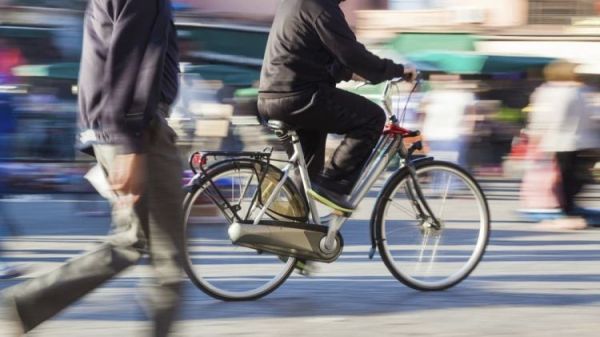 The modern road network is increasingly being shared by different forms of transport. Although the road has never been the priority domain of the motorcar, as automobiles get bigger and faster, the risk to the more vulnerable is greater, but on these shared spaces it is crucial to exercise an equal amount of respect and responsibility.

In recent years we have seen a tragic increase in the number of fatal and serious incidents involving cyclists. Motorcyclists too have seen an increase in the number of serious incidents, which is why the DGT has already said that they are developing campaigns which not only focus on the car, van and truck drivers, but also on the motorcyclists themselves to act in a responsible manner. Plans are now being discussed to adopt a similar stance towards cyclists, that of respect and responsibility.

Although in its early stages, the DGT is investigating the possibility of a training regime for cyclists, which may well include a test and, although nothing has been confirmed, a licence to ride.

Cyclist training according to the DGT is an “experimental line of action”. The DGT will not require cycling training and, in fact, initially this training will be introduced as a pilot. The Educational Intervention Unit has already received the first instructions of the Directorate of Training and Road Education of the DGT, to take the first steps towards an educational process aimed at cyclists and, more specifically, those groups for which this type of training would prove more useful.

Cyclist training will initially be an experimental project and, of course, not mandatory, but accessible to anyone who wants to participate in the scheme through online courses

As the Director General, Pere Navarro, has stated on more than one occasion, the DGT considers the improvement of road safety in the city, and of vulnerable groups, such as cyclists and motorcyclists as a priority. The use of the bicycle and motorcycle has grown, and will grow even more in the future, driven by the proliferation of business models related to logistics, such as food delivery services, and online sales.

Understanding this evolution of mobility in cities, we will also understand to whom this cycling training of the DGT is aimed.

The DGT is preparing a series of actions, focused on training, and aimed at improving road safety in cities and protecting vulnerable groups

The objective of the DGT’s cycling training is to provide theoretical training to bicycle users. For this, a whole series of actions will be promoted that initially start from on-line training courses. Courses that will be open to anyone who wants to participate in them.

As anticipated by the DGT, cycling training will not only focus on the most basic regulation and road safety training. The DGT also wants to focus these courses on bicycle tuning, riding and maintenance.

As we indicated, despite being open to anyone who wants to participate, the cycling training is aimed primarily at urban cyclists and those who make use of the bicycle in their daily work, collectives such as riders from companies such as Deliveroo , Balloon, Uber Eats, Just Eat, and so on. These are probably the most vulnerable groups and those who, unlike sports cyclists, who usually have high training in the use and maintenance of the bicycle, require greater support in training.

The DGT is also taking very similar steps aimed motorcyclists, even offering 4 driving licence points to bikers who voluntarily participate in the road safety training courses proposed by the DGT in collaboration with motorcyclist associations and driving schools.

We also know that the DGT is now in the final stages of legislative change that will control the use of electric scooters and other forms of transport that fall under the umbrella of urban transport, as each of these elements is crucial in the development of a sustainable road network, but must be used in a safe way.