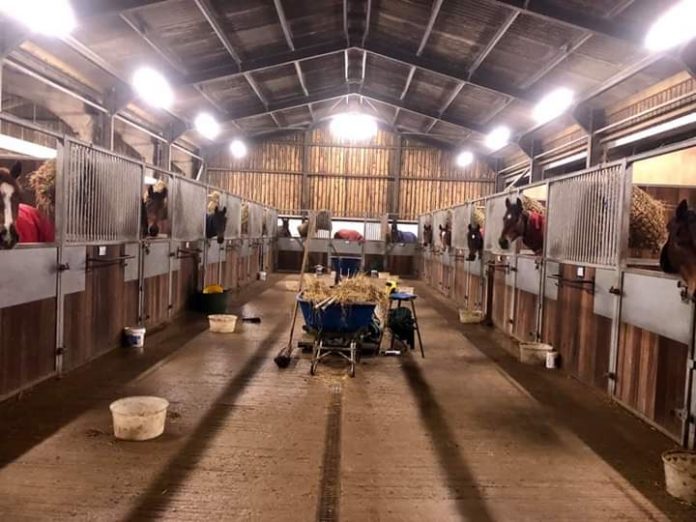 RAYNA’S World made her hurdling debut at Wetherby on Wednesday, finishing third at 25-1, under Tommy Dowson in the Class 4 Novices Hurdle over 2 miles.

“Tommy has been doing plenty of schooling on her,” trainer Philip Kirby, from Green Oaks Farm stables told fromthehorsesmouth.tips.

Rayna’s World ran at Wetherby, instead of at Doncaster: “We would have liked to head to Doncaster for the Mares Novice race.

“But with meetings in jeopardy, due to adverse weather at the weekend, she took up the option at Wetherby,” said Philip.

“Rayna’s World is probably one for the future, once qualified for handicaps. She’s a good looking mare – with some solid Flat form,” said Philip.

Headed, three out, Reyna’s World lost second place, next, and kept on at the same pace, behind Ribble Valley (13-8 jt fav) and Sir Valentine (4-1).

“Saddling nine runners meant we had a busy day – to say the least!,” quipped Philip, who had eight runners at Wetherby, and one at Southwell.

“Rain was forecast all day – but it didn’t dampen our enthusiasm,” added Philip.

“At Wetherby we saddled a mix of established winning, older horses and two young Partnership horses, having their first start, for their relevant Partnerships,” said Philip.