Last Saturday’s late afternoon Preferente fixture, was possibly the worst artificial light conditions I have ever witnessed at a football match, as Thader once again threw away a goal advantage.  For the 3rd consecutive match, the men from Rojales went ahead, only for them to come away pointless.

Earlier in the season, a victory over Orihuela ‘B’ was played out on the same polideportivo municipal stadium in La Murada, therefore hopes were high of a repeat performance.  Manager Joaquin Mas was deprived of the services of Rafa (suspended) and Rafa Gomez (injured), but he must have been quietly confident of getting a result with the remaining resources at his disposal.

When Dani shot over from distance inside 2 mins, the visitors showed clear intent of reversing the recent losing trend.  An x rated foul on Thader’s skipper Lloyd quickly followed, earning the culprit a deserved booking.  Nino came close to scoring on 5 mins, his effort well saved by home keeper Pablo. 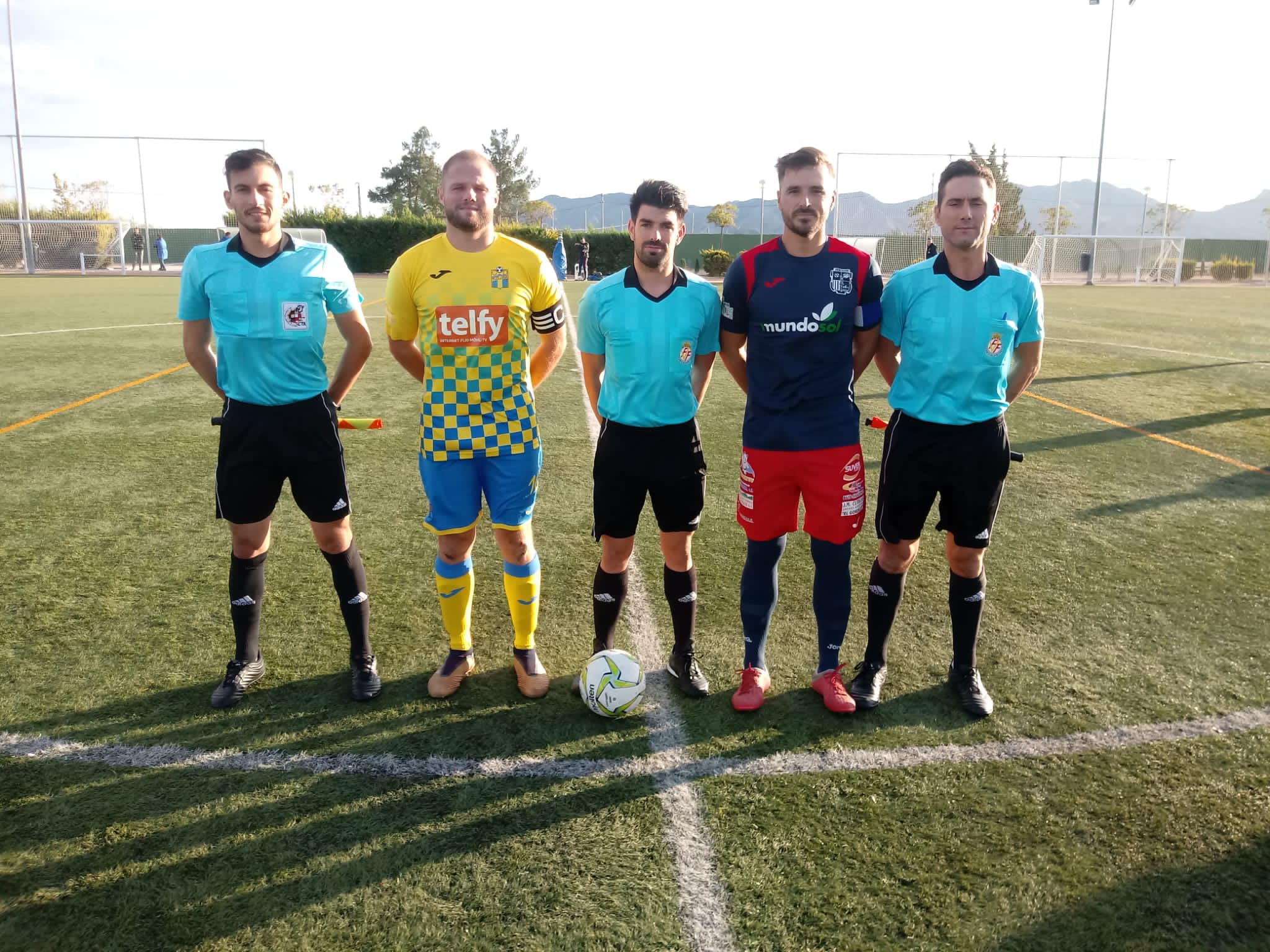 Hearts were in mouths on 10 mins, following a shot across the goal by Murada’s Juan, which thankfully failed to get the necessary touch.  Chamit was the next victim of the hosts hatchet men, as another yellow card was brandished.  When a deep free kick was floated to Henrubia at the far post on 25 mins, he should have done better than his weak header, which was easily saved.  Four mins later, the same man was guilty of heading wide from a corner.

Sergio came to his sides rescue on 38, then again on 40 mins, both occasions requiring top notch saves from Thader’s custodian.  Before the break, Lloyd hobbled off, replaced by Jorge, who himself was making a return from injury.

Vicente produced a peach of a cross from the right on 51 mins, from which Nino stooped low to head firmly into the back of the net.  Sergio was showing no signs of the previous week’s horror show affecting his confidence, Thader’s keeper once again punching clear a long range goal bound effort from Angel on 58 mins.

Although Jordi’s long range effort on 63 mins was just off target, Thader were running the show.  Antoni put the ball in the net on 68 mins, but Thader’s sub was rightly ruled offside.  How Nino didn’t double his goal tally on 72 mins, only he knows, for faced with only the keeper to beat from 10 yards, he lacked composure by screwing his shot wide.

The men in yellow came to regret that miss, for in poor visibility conditions, a free kick from the left was headed home at the far post by Murada’s full back Del Cueto.  Another lapse of concentration from a set piece, was to result in the hosts 2nd goal on 80 mins.

Diminutive sub Rubio was first to react to a testing corner, his well placed header giving Sergio no chance.  It could have been worse on 89 mins, had Jorge not cleared off the line, as Murada were clearly going for the kill.

With resurfacing work on Thader’s pitch ongoing, the game against CFC Benidorm will be played at the artificial pitch.  It is situated next to the petanca club, which is behind Moi Gomez stadium.  Make a note of Sun 1 Dec ko 1130, when hopefully Thader will give convert more of the many chances they have been creating.