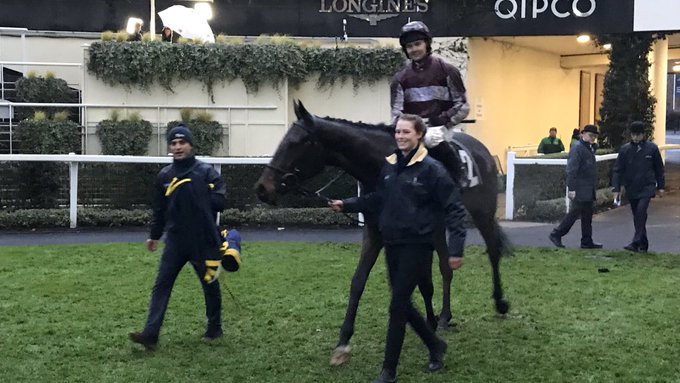 Thebannerkingrebel (5-4) from 15-8 was a fromthehorsesmouth.tips winning selection at Haydock Park.

Rains Of Castermere (9-4) trained by Mick Channon, backed from 7-1 in ante-post markets, was a fromthehorsesmouth.tips winning selection at Lingfield.

Documenting (10-11) trained by Kevin Frost and ridden by Jack Mitchell, was a fromthehorsesmouth.tips winning selection, in the Bombardier Golden Beer C3 Conditions Stakes, over 7f.

Altior, trained by Nicky Henderson, ended his record-breaking 19 unbeaten run, when finishing  second behind Cyrname, in the Grade 2 Christy 1965 Chase at Ascot.

“What a race – they went some gallop – the whole way,” said Cyrname’s trainer Paul Nicholls.

“He’s a changed horse, who has took time to mature mentally and physically. He has beaten a superstar horse,” said Nicholls.

Looking ahead to the King George, Nicholls said: “That’s where he will go.”

“He’s had a go at him (Cyrname) and got very, very tired. First time out in the ground made him very tired,” said Henderson.

“I have no idea what we’ll do next. It’s a tough race to come into first time out,” added Henderson.