A 747 jumbo jet that has been left idol after being ‘abandoned’ at Valencia Airport is set to be auctioned – or scrapped.

The 747 is amongst two dozen aircraft at Valencia Airport that will go under the hammer – if their owners do not come forward. 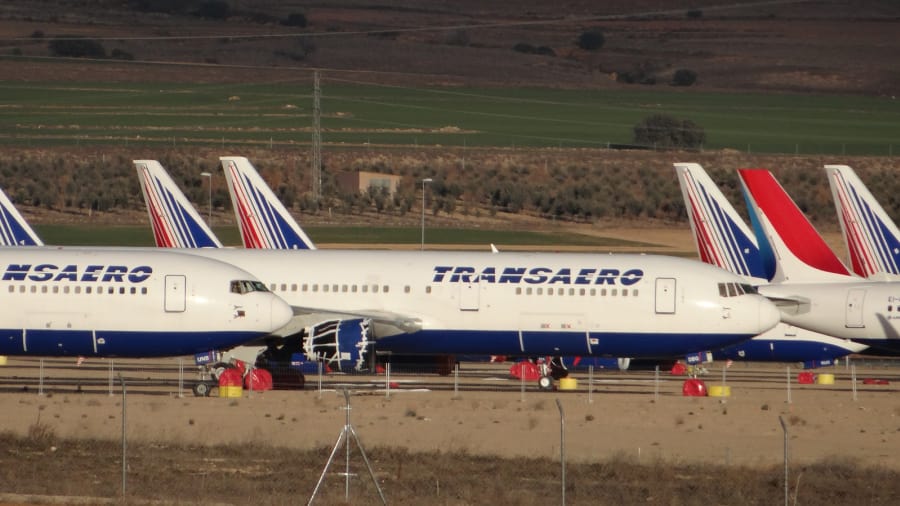 A Valencia Airport spokesperson said: “The authorities are awaiting owners to come forward.

“A set time limit is in place – if aircraft owners do not come forward the planes will be auctioned.”

Following the situation at Valencia Airport The Leader researched airports – and looks at the largest Industrial airport in Europe at Teruel, Spain’s smallest Provincial capital.

Commercial flights have never been made there. New, serviceable aircraft are stored in Teruel, reportedly ready to fly – awaiting for financial or legal issues to be formally completed.

Aeroplanes are also at Teruel, due to airlines needing to temporarily adjust capacity, cited by fluctuating market conditions.

The airport was built to also hold aircraft from all over the world – no longer in service, temporarily or permanently, with a percentage undergoing maintenance.

Some aircraft have been scrapped, stripped for parts and spares.

Teruel is a high-altitude town in the mountainous Aragon region of eastern Spain. Teruel airport Director Alejandro Ibrahim said: “Since the airport opened we have already welcomed a company testing rocket engines.

“We have been active in the field of drone research and have a pilot training centre here.”

Teruel airport’s location has a dry continental climate – ideal conditions for aircraft storage – and is an accessible location between Barcelona, Madrid and Valencia.

Defend Yourself from Workplace Discrimination With These Tips