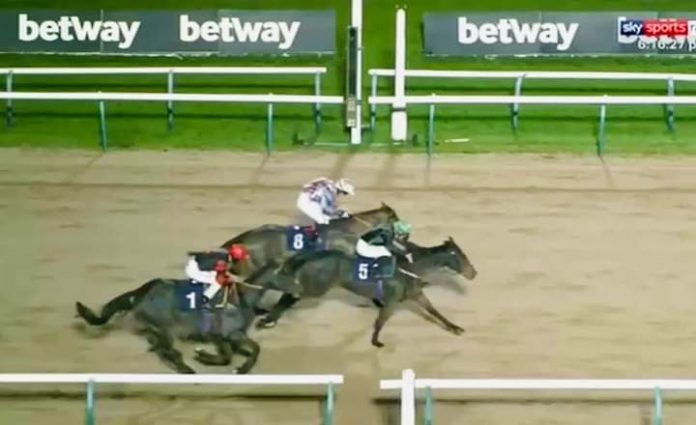 PHILIP Kirby saddled second and third at Southwell on Saturday night – with Shine Baby Shine going down by a neck – behind Bodacious Name in the Betway Live Casino Handicap, over 2 miles.

“It doesn’t get much more painful than a neck second – it was so close for Shine Baby Shine (7-1) and jockey Nick Barratt-Atkin,” rued Philip.

Young filly Red Dragoness made her Bumper debut at Aintree on Saturday, seen as a learning curve and a stepping-stone to a fillies Juvenile at Wetherby next month.

“We saw some promising runs from Gordalan and L’attendue at Sedgefield on Thursday,” said Philip.

“It’s not always about the winning. These were good efforts, that signalled possible future winners for our team.

“Gordalan kept on all the way to the line for Tommy Dowson in the Juvenile Hurdle.  A fast finishing third, and it was really pleasing he jumped well.

“Tommy has done a lot of schooling on him. He was slow to learn, but the hard work has paid off,” said Philip.

“L’attendue, making her seasonal re-appearance, made most for Tommy, just headed before the last, keeping on gamely for third. This big Oscar mare is heading over fences in the near future,” said Philip.