“SO many great artists recorded at the Decca Tollington Park Studios. The Moody Blues, Thin Lizzy, Caravan, The Pasadena Roof Orchestra, Peter Skellern, Dave Stewart, Gary Moore, Sir Tom Jones, myself, and a host of other great artistes,” Lee, who resides in Torrevieja, told me.

Known as Decca’s second recording studio, located in a converted Georgian villa, it was acquired in the early 70s, and closed in 1979: “Swedish brothers Hans and Anders Nordmark re-opened the studio as Jam Studios in 1979,” said guitar and vocalist, London born Lee.

“In the nineties Jessica and Brian Seaward purchased the house at auction –  renovated it – and lived there until recently,” said Lee.

“On a visit to the UK I was near Tollington Park, near the studio, and thought I’ve got go up those steps again, knock on the door and see what happens,” said Lee. 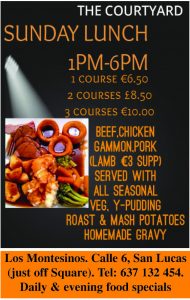 “I introduced myself, and was welcomed in. I went into the actual studio at the back of the house – many memories came flowing back,” said Lee.

“All the amazing artists and recordings that I was privileged to witness –  while the recordings were going on,” said Lee.

“I was so pleased I went, but felt very sad – remembering all the great music that flowed out from that studio – never to be replicated,” said Lee.

“I recorded there in Studio 4 – and met up with Phil Lynott from Thin Lizzy. It was the first of many meetings,” said Lee.

“Phil had just had the hit “Whiskey In The Jar”. Cheese sandwiches were brought to the studio,” said Lee. 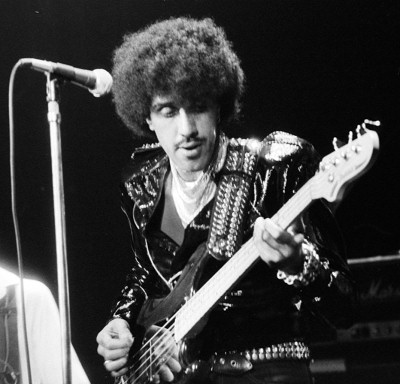 “We went outside and sat together on the steps – talking and drinking studio tea,” said Lee.

“Phil had just bought a new white Granada GXL, with a with a black vinyl roof, parked outside the studio,” said Lee.

“Phil said he wanted to really give the car some ‘welly’ – an he drove up and down the road – giving it all he could.

“What a guy!  Great memories – and the most amazing times,” said Lee.

After initial success with “Whiskey in the Jar”, the band had several hits in the mid-1970s including “The Boys Are Back in Town”, “Jailbreak” and “Waiting for an Alibi”.

Tragically Lynott, dogged by drug and alcohol dependency, died of pneumonia and heart failure, due to septicaemia on January 4, 1986, aged 36.

Born in West Bromwich, Lynott who grew up in Dublin, with his grandparents, formed Thin Lizzy in 1969.