Thader can have no complaints at losing this vega baja local derby preferente league fixture inside Sadrian stadium.  Fresh from a moral boosting victory over high flying Villajoyosa, they undid all their hard work, going down in this mainly scrappy encounter.

Missing the injured Rafa, plus newly wed Nino, was a big blow which Thader never really seemed to come to terms with.  For the umpteenth time, they allowed the opposition an early opener, and although parity was restored before half time, Almoradi were in control for the majority of the 2nd half. 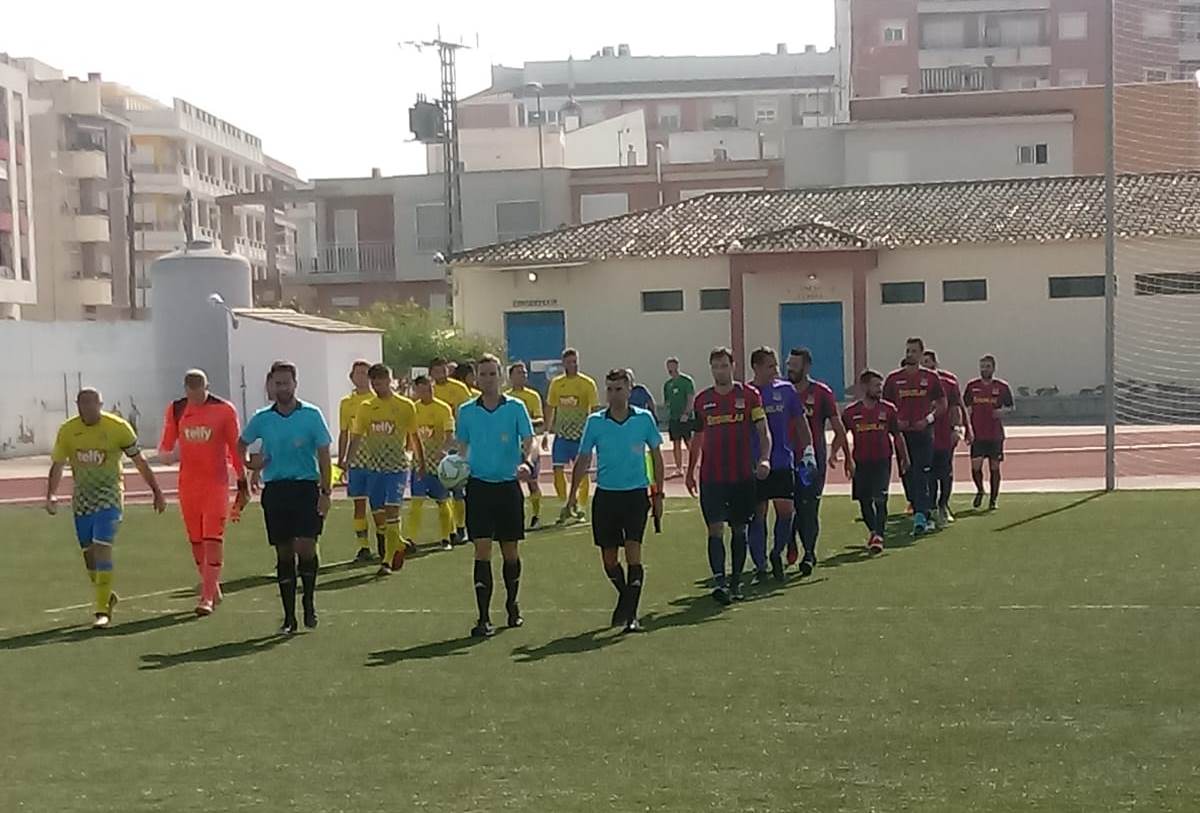 A well worked move between Luis Carlos and Saul on 9 mins, resulted in the latter placing his shot beyond visiting keeper Sergio’s despairing dive.  Apart from a booking apiece, neither side created note worthy incidents, until a Rafa Gomez corner was headed off the line on 32 mins.  From the next attack, a decent shout for handball failed to result in a Thader penalty.

Thader were by now bossing procedings, and when a Rafa Gomez assist found Calderon, he drilled it low and hard from 10 yards for a well deserved equalizer.  On 39 mins, Jose Manuel thought he had put Thader ahead, but alas a linesman flag ruled out a goal for offside.

Straight from the restart, a long distance Lloyd free kick was tipped over the bar by Almoradi keeper Josete.  Saul came close to adding to his tally on 49 mins, but his goalbound effort was brilliantly tipped aside by Sergio, then from resultant corner, Thader’s keeper again came to the rescue.  On the hour mark, a fine individual effort by Rafa G culminated in his shot being well saved. 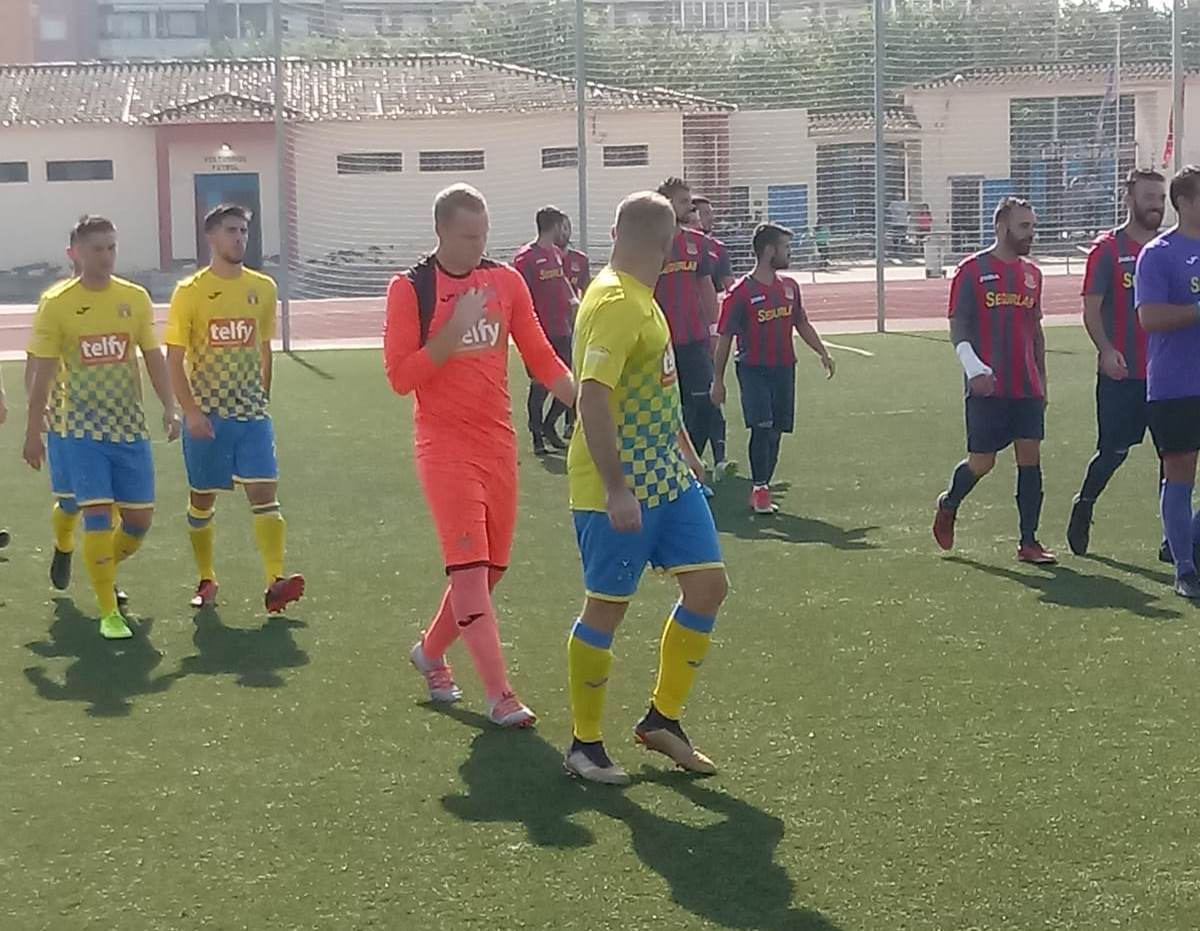 From the rebound, a clear foul prevented him reaching the ball, but although in a good position, the ref chose to wave play on, instead of awarding a certain penalty.  Shortly afterwards, Almoradi should have been awarded a penalty in similar circumstances, but once again the ref chose to take the easy option.

From here on Almoradi took control.  Confi missed the target with the goal at his mercy 69 mins, but from the next attack, Luis Carlos scored an unbelievable goal, a curling strike from almost 30 yards.

Next up it was another Confi glaring miss, followed by a Mario howler, as Almoradi continued to give Thader a lifeline.  Only a last ditch defensive tackle prevented a further Almoradi goal, leaving Jon Ortega’s men to lick their wounds for another day.

On Sun 3 Nov, ko 1130, Thader are back at Moi Gomez stadium, when they face winless, and bottom of the table, Petrelense.