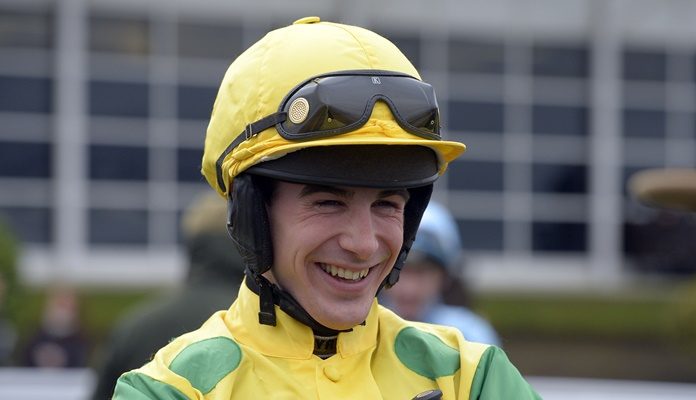 Jockey Ryan Mania – who rode Auroras Encore to victory in the 2013 Aintree Grand National – has returned to racing.

“I retired for all the wrong reasons,” confessed Mania, who quit aged 25, in 2015, after being successful with 192 career winners.

Mania, 29, assistant trainer to stepfather-in-law Sandy Thomson, was the first Scottish born jockey to win the Grand National in over a century.

Mania quit the sport, after contemplating his future in the saddle, with weight one factor, underlined with no longer getting a thrill out of riding winners.

Mania, who has contemplated a u‐turn back to the turf over a three year period, regrets not returning earlier.

“I did think about the possibility to get my weight down – for peace of mind,” said Mania, who rode Sue Smith trained Auroras Encore to a 66-1 Grand National win six years ago.